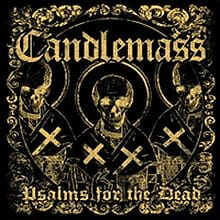 As you can probably already tell, doom metal is a style of music and lyrics meant to create a sense of anguish, despair, and approaching doom – it’s an extreme extension of heavy metal music that takes a page from the early works of Ozzy Osbourne’s ‘Black Sabbath.’ With its heavier sound, the early 1980s saw an emergence of bands in the United States, England, and Sweden that embraced the doom metal style of music with names such as Pagan Altar and Pentagram. Today, these early groups are still making music and performing around the world.

The English doom metal band Pagan Altar has music roots that trace back to 1976 during a time when only a few bands were dabbling in the heavy metal scene in Britain. The group continued to play together until disbanding in1982, but resurfaced in 2004 to re-record an album of previously unreleased material, where they are still active to this day. Song titles under their belt included ‘Judgment of the Dead,’ Satan’s Henchmen,’ ‘Armageddon,’ and ‘The Black Mass.’ In addition to their heavy music, Pagan Altar’s early performances were known to add deliberate stage effects as a way to highlight occult themes. Their latest album (titled ‘Never Quite Dead’) was recorded in 2012.

Pentagram was an American doom metal band that gained popularity in the underground scene of the 1970s. They are often credited for kick starting the doom metal movement in the northeastern part of the United States. Although the group created an array of demos and rehearsal tapes at the time, a full-length album was not released until the band reformed in the early 1980s. By that time, the lineup of members had completely changed from the original group. With song titles, such as ”Sign of the Wolf (Pentagram),’ ‘Dying World,’ and ‘Death Row,’ when the group’s first album was released, it’s no wonder that the cover displayed a ram’s head inside of a pentagram. 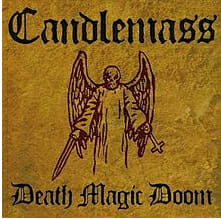 Candlemass was an influential doom metal band from Sweden that presently continues to make and perform their music –nearly 30 years after initially hitting the entertainment scene. The eleventh and last studio album that the band produced was titled, ‘Psalms for the Dead’ and featured an album cover with a skull surrounded by crosses. Before that, a winged skull ‘angel’ with a sword in hand graces the cover of the 2009-released ‘Death Magic Doom’ album, which included a bonus track on the digipak edition titled “Lucifer Rising.”

With a band name like Eyehategod, you don’t get any more blasphemous than this American doom metal group’s moniker. The group embraced a genre of music known as sludge metal. The New Orleans-based group formed in 1988, and gained a reputation for producing a sound that evoked thoughts of hatred, as well as offensive album cover art that often depicts pain and despair. A sampling of song titles of the group includes “Man Is Too Ignorant to Exist” and “My Name Is God (I Hate You).” Today, the band is reportedly still making music and performing.