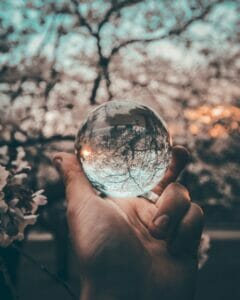 Today we are going to talk about one of the highest debatable topics – spirituality and science.

Numerous questions and doubts lingering in some corner of your mind. Don’t you want to settle it once and for all?

There has been a wall between spirituality and science for a long time. It is a common myth between many growing entrepreneurs and industrialists that spirituality is like a thorn in their path of success. They believe that spirituality will slow them down. This is the first myth that we will bust.

To know the truth behind this false belief, let us first see the relationship between science and spirituality.

How are science and spirituality related?

Both the terms are similar in their purpose of being. There are many facts to light upon the partnership of spirituality and science.

The world is a system of intricate relationships of life, social systems, and ecosystem. Where spirituality leads a person to look inside himself consciously, through meditation and self-contemplation.

Science too has been evolving as a process of understanding inseparable patterns of the relationship between intelligent life and the world. Spirituality and science both see the world as a network of living and non-living systems.

Can you imagine what spirituality or science meant thousands of years back or did they even exist? The early man was scared of fire though it had existed forever, yet he gradually developed faith towards it.

Spirituality, which has religious aspects too, has existed for an individual forever, in his belief of a purpose higher, and it has manifested in forms of sets of beliefs and traditions.

Similarly, science has been into a continuous evolution. And as they go on the stages of evolution, they will keep affecting each other, as a man will always turn to spirituality for finding what purpose he serves on the plane of life.

Science by its virtue of experiment and power of empirical reasoning seeks to answer the hidden laws of nature.

Spirituality too seeks to explain the laws of nature by establishing the relation between the reasons behind intelligent life, nature, and human behavior. Aren’t both going towards the same end!

Grinding it even simpler, science and spirituality draw their existence from the purpose of wellness of life. Both walking towards the same end via different paths doesn’t undermine one below the other.

There always has been a synergy between science and spirituality where one defines the intrinsic energies inside the body and the world, and the other explains with experiments, the folds of nature.

Having established the relationship between both, we will try to see if they can thrive in coexistence with each other.

Can science and spirituality co-exist?

There has been ever-existing debate on the coexistence of science and spirituality together. Some neuropharmacologists hypothesize that God is the imagination of the brain as a result of chemical reactions.

However, such conjectures are the arrogance of hardened material lovers. Did Moses experience hallucinations leading to guide an entire nation through the dark ages? Did Buddha experience auditory and visual hallucinations to attain Nirvana and become The Light of Asia?

The answer is that science, through its enormous telescopes and incisive microscopes, seeks to answer those spiritual questions to which humans always in their hearts wanted to get answered to! Science is a process to give backing to what man always had wanted to experience spiritually.

Spirituality and science do coexist with each other, yet they have very basic differences in their paths. Let’s see how they differ in their approach.

Difference between science and spirituality

Spirituality and science have different roads. They are often seen in the conflict between the mystical or cosmic world and the scientific world. To cite a few:

Spirituality is an experience. It is also the science of human betterment and growth, a guiding light towards the way of interacting with oneself and the world. It can be experienced by every individual in his way, and it stops at nothing.

However, science is dependent upon previous knowledge and the use of previous knowledge for further advancement. Science has been hovering around the biggest questions of the origin of the world. With every inch closer that it gets to the discovery of that answer, science gets even closer to sing in symphony with the spiritual perspective that believes in the Supreme Creator.

The numerics of gravity are based on the laws of nature as perceived by humans, through their senses. Science can see and believe only the things that the human senses allow it to believe. Who knows what great other knowledge would be revealed if humans had more advanced or other senses than the five ones (23 in Indian spirituality!)

Spirituality, on the other hand, invites a man to close his eyes, forget the fragrance and contemplate his soul so that man is not limited to his sensory abilities to know the mysteries of the universe.

If science is the reason for our comfort, it bears at the same time the blame of being a tool in the human hand for climate change, global pollution, human health, extinction of species, declining resources, and deteriorating nature.

Here comes the spirituality to fill the void of the answers which could not be given by science and it develops the necessary compassion, social responsibility for a sustainable life by driving in the internal human behavior towards universal acceptance and peace.

Having explained how science and spirituality are both for living systems, we advance further to study their relation in the domain of human health.

Human health and behavior: Nexus between science and spirituality

From time to time various studies have established that mediation techniques through Yoga and breathing techniques of Pranayama help a great deal in reducing stress to a significant level and creating a positive environment.

People suffering from chronic illness or disability are led to depression. Here spirituality through its faith drives inner energies through prayer, meditation, belief is highly helpful in coping up with bodily untowardness.

There are not only physical symptoms of healing but also mental and emotional aspects. Spirituality helps to uplift the intrinsic energies and makes a fertile ground for the body to start its healing mechanism.

There is no dearth for examples of scientists, engineers, doctors, and entrepreneurs who have been highly spiritual in some or many significant phases of their lives. Their spirituality has led them to do great service to the entire human fraternity in their work sphere.

Without spirituality, they might not have developed such vigor for dedicated work and never tire attitude.

You might be reading this right now on an iPhone or a MacBook. There’s an interesting story of the founder of Apple Inc, Steve Jobs, and his spiritual journey. Steve Jobs’ coming to India transformed his entire life.

Here he experienced his spirituality which lasted in his life till his death. Even his last silent wish passed on his marvelous spiritual journey to his colleagues and relatives in a form of a book that his close ones received as a gift at his funeral.

Steve Jobs and Autobiography Of A Yogi

Science and spirituality go hand in hand and the life of Steve Jobs is the best example I could give.

Steve Jobs had his spiritual mentor who transformed his life spiritually and kept him motivated to explore his consciousness. Autobiography of a Yogi is an autobiography of Paramahansa Yogananda(an Indian monk, a Yogi, and spiritual guru who taught meditation and Kriya Yoga to the world, especially West), the only book which Steve Jobs downloaded on his iPad and read every year!

No wonder that Steve Jobs wanted to share the wonderful experience of spirituality when his colleagues and close ones received a copy of the book Autobiography of a Yogi, wrapped in brown boxes. This was one of the last messages as a gift Jobs wanted, to reach people when he would be no more.

When you believe that you are truly devoted to science, a question comes to my mind. Isn’t it the first rule of science to try and test?

I believe the answer is yes. So why would you completely separate yourself from the world of spirituality without giving it an honest and sincere try?

I encourage you to step into the world of spirituality and see what this part has to offer.

When I questioned the science, another question popped into my mind. Shouldn’t a true spiritual devotee accept what comes along its way? Isn’t that the basic principle of spirituality? Again I believe the answer is yes.

If so, accept what science presents on the table. We never know what wonders can happen.

Science and spirituality, in the end, are about finding the balance. A world devoid of spirituality or vise versa is not balanced.

I don’t wish to leave you hanging here. Let me guide you to a wonderful path where you can know more about spirituality. This wonderful method is called Vipassana meditation.

Sounds familiar? Yes, because we have guided you to the path earlier.

Vipassana meditation takes you a step closer to understanding spirituality. It helps you see the true form of your reality.

Vi means Special and passana means seeing. This Buddhist term means insight. There are a pair of qualities that the mind has to develop, and Vipassana is always paired with Samantha. Vipassana means to see the true form of reality, i.e. see things as they are.

Vipassana is a meditative way of transforming oneself using self-observations. It focuses on the important un-noticed connection between our mind and body. This can be experienced by giving focused attention to our physical sensations of the body’s life, which is continuously connected to our mind’s life, and also conditions it. It is a journey that takes us to the root of our body and mind, dissolves impurities of our mind. After you practice this meditation you will experience balance in your life and your mind will be full of compassion.

Science and its laws that control our minds, thoughts, and judgments become clear. Throughout the process, you will understand how you grow, how you fall behind, how to be free of the suffering, and the cause of that. Your awareness will increase, there will be no delusions, better self-control, and bliss.

This will help you not only see how true spirituality is but also to see the true reality of science. It will help you to accept both realities with absolutely no effort.

To understand more about Vipassana and the steps to do it, read our guide on Vipassana meditation.