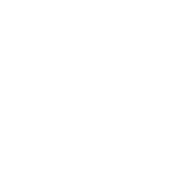 From the building of houses to the sound of music, ancient civilizations were constantly working with the materials they had at their disposal to make life easier. Do you know what the first musical instrument was most likely? Who displayed an early understanding for building houses. In this article, you will learn about early travel, construction, and musical instruments.

The first known instrument to make music was the flute , an invention that has emerged in various forms in different places around the world. One of the oldest artifacts is a three-holed flute made out of mammoth tusk that was found in the GeiÃƒÅ¸enklÃƒÂ¶sterle cave in Germany. The piece dates back from 30,000 to 37,000 years ago. Not too far from this date, two flutes fashioned out of the bones of swans were dug up from the same cave , estimated to be about 36,000 years old. Basically, the flute has a history that dates back to prehistoric times.

When ancient people traveled from one place to another across waters, they used boats. There is archeological evidence that shows humans arrived on New Guinea at least 60,000 years ago. It is thought that they came by way of the sea from Southeast Asia during an ice age period when the sea levels were lower and the distance between islands was also much shorter. Over 50,000 years ago, the ancestors of Australian Aborigines and New Guineans used a boat to travel across the Lombok Strait to Sahul.

There is also evidence from ancient Egypt that shows that early Egyptians assembled planks of wood to create a hull that kept water out. They used treenails to fasten the wood together, and pitch for caulking the seams. Inside the Giza pyramid complex, a vessel measureing 43.6 meters long was sealed into a pit at the foot of the Great Pyramid of Giza. Named the ‘Khufu ship,’ it dates back to the Fourth Dynasty around 2,500 BC.

Before people lived in houses or some built dwelling, early inhabitants on Earth used caves not only for shelter, but for burying their dead and holding religious ceremonies. In Japan, researchers uncovered evidence that huts were constructed as far back as 500,000 BC. A site located on a hillside north of Tokyo is believed to have existed when Homo erectus lived in the region. Ten post holes that formed two irregular pentagon shapes seem to be the remains of what used to be two huts. Scattered about the site, archeologists encountered about 30 stone tools.

The earliest known use of plywood dates back to around 3500 BC when the ancient Egyptians made objects out of wood. When the Egyptians suffered a shortage of fine wood, they would glue cut veneers in a crosswise manner. They would glue high-quality wood over lower quality wood to create a better look.