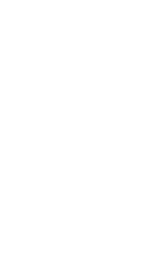 The woman known as Cleopatra has become a historic legend who has graced several different books, memoirs, biographies, and movie, including the iconic Elizabeth Taylor production. However, there are a few misconceptions regarding this influential queen. For starters, she is portrayed as a great beauty when historic records and coins showcasing her image say otherwise. In this article, you will encounter a few trivia and facts regarding the woman behind the myth.

Cleopatra was born in 69BC in Alexandria, Egypt and died on August 12th, 30 BC.

Pharaoh Ptolemy XII Auletes was Cleopatra’s father. When it comes to a family affair, she would later marry her younger brother Ptolemy XIII and after his passing, she took another younger brother by the name of Ptolemy XIV as her next husband. Her third husband was the more recognizable Roman named Mark Antony. In regards to her marriages to her brothers , these unions did not produce any children.

It is said that Cleopatra spoke eight or nine different languages and served as the only member in her family to speak Egyptian for quite a long time. This would also make her the only pharaoh during the 300-year time period of the Ptolemaic dynasty who could speak the Egyptian language. It is also ironic that out of all these languages , she did not speak Latin , even though she had an affinity for Latin men.

Cleopatra’s primary language was Greek, as many centuries before she even took to the throne , Egyptian kings had been of Greek or Hellenistic descent rather than come from Egyptian blood. This trend of Greek speakers in Egypt started with Alexander the Greek about 300 years before Cleopatra.

What Cleopatra lacked in physical beauty, she made up in her ability to rule over her people. Old coins show her image as one with a hooked nose and features that resembled a man. She possessed great powers of persuasion and was extremely smart. She tried with all her might to prevent a Roman takeover of Egypt.

When Cleopatra first met Julius Caesar and Mark Antony, she would orchestrate elaborate showings for her men in an effort to make a good impression. One such tale involved royal barge tours of the Nile River that were filled with romance. Both of the men would fall in love with the Egyptian temptress and eventually fought great wars in her honor. In the end, these battles would cost them their positions, as well as their life.

The children of Cleopatra are not mentioned often when speaking of her legacy. However, she bore one son with Caesar, who was named Caesarion. She also gave birth to twins with Mark Antony (Alexander Helios and Cleopatra Selene). Later on, a son was born, which was given the name of Ptolemy Philadelphos.