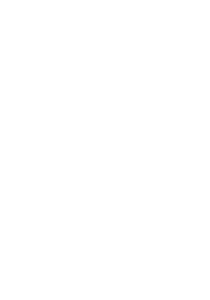 It’s not wise to disturb graves, but could the energy from such a location actually work hard enough to bankrupt a billionaire?  Yes, according to locals near the Cavan/Fermanaugh border.  And it’s worse than that.  The megalith was moved to a nearby hotel – a hotel that is now only part of a vast and crumbling empire.  Sean Quinn may have made a number of bad investments in recent history, but there are quite a few who are looking at his removal of a tombstone as the ultimate cause of his bankruptcy.

Fairy curses are an unusual thing to read on the dotted lines of an official bankruptcy claim.  And while Quinn may not share the opinion of the many locals himself, he may very well have had moments where he questions the eligibility of his desire to shift the megalith down to his own hotel.  The megalith, which stood in the middle of a field for centuries was said to be protected by a force beyond the general understood forces of nature.

Jean Baptiste Tavernier was a man who had somehow (accounts vary) come into possession of an incredibly large blue diamond now known today as the Hope Diamond.  The diamond was cut by the French king Louis the XV.  After his death, Louis the XVI took the diamond and he and his queen Marie Antoinette were both beheaded during the French Revolution after Antoinette’s biting remark when told the people were starving, “Let them eat cake.”

After that the diamond came into the possession of the Hope family, who then went bankrupt shortly after receiving it.  The Hope Diamond today rests in the National Museum of Natural History where it seems it has found a place to reside without afflicting those around it with its curse.  Although some warn against holding it or being around it too long even now.

Are curses still around us today?  There is still a community of people who explicitly believe so.  Cursed items have found themselves everywhere from museums to Ebay depending on the item’s history and the intentions of those selling it.  But can we look to any single item and say it is the perfect example of something cursed?  While we cannot say if anyone directly associated with the downfall of Sean Quinn’s empire believes so, we can say the incident has its fair share of believers outside of the inner circle of the events.

But one of the things about curses we can draw from the legends about them is the fact that they do seem to be able to be broken.  But while we cannot say the most prudent response of the Quinns is to move the stone back to its rightful place and expect the money to return, investigating the matter might be a step taken to ensuring the curse stops.  But then it may have not been a curse at all, but rather a symptom of the global economic climate – which some say could very well be considered more terrifying.