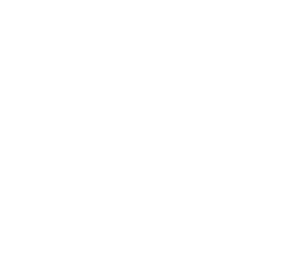 A ghost photographed by a tourist in Oxford has been making the rounds around the internet after being snapped by one ghost hunter fortunate to have gotten what appears to be a fully bodied apparition on film.  The spectral figure has generated quite a bit of buzz for ghost tours in Oxford as well as haunts in general.  And while it may look like an out of focus person at first glance, take a look at the lower half of the figure and you’ll understand why it has been such a sensation.

The figure appeared in a photograph after Sue Tomlinson embarked on her journey.  And after snapping the picture she looked down at the camera and noticed something peculiar.  Subsequent pictures taken in the area didn’t show anything unusual other than the eerily beautiful architecture located around the area.  Sue, in an interview with the Oxford Mail, said she was eager to get home that night to see what the picture looked like when shown on her larger computer screen.  She wasn’t disappointed.

The figure appears to be in period dress at the torso with dark hair or a dark hat and one arm extended out in front of it.  But that’s where the picture takes a strange turn.  Tracing the garments hanging from the arm of the spectral figure down to where the legs should be there is nothing but a transparent blur.  Only a little further than that the legs don’t show up at all, instead disappearing halfway down the midsection.  Unlike so many orb photographs or spectral smoke-like apparitions, the figure in the photograph is almost entirely unable to distinguish from a human aside from the missing legs.

Sue had been taking a local tour with Bill Ritchie who was surprised to receive the image in an email later that week.

The photograph is reminiscent of a photograph taken earlier this year in Winchelsea at the Barwon Park ghost tour.  The photograph in this case clearly showed a girl staring into the camera.  Unfortunately, the Barwon Park incident turned out to be nothing more than a hoax.  But really the former did appear to be just a photograph of a person as opposed to an actual mysterious apparition as what appears in this latest case.  Let’s hope this new photo doesn’t turn out to be nothing more than a hoax.

Ghost photography has gotten more troubled in recent years with the ease of access to programs such as photoshop.  Older images often relied on conventional objects being photographed or a few easy to spot tricks, but with the advent of image editing technology, newer images will be virtually impossible to prove as genuine, although several hoaxers will eagerly come forward to show off their work after their particular photograph becomes popular.  But imaging experts know how to sharpen the line between genuine anomalous phenomena and simple hoaxes.  Thus far no such experts have published their findings on the recently developed Tomlinson photo.