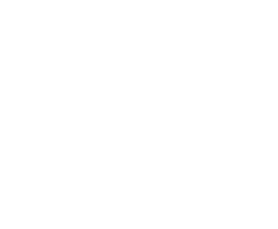 The subject of reanimation and zombie literature is one of the most quickly growing pieces of literature available today.  And so it’s surprising when a team of archaeologists unearthed a skeleton and learned that the dead had stones placed in their mouths for some reason unknown in Ireland.  The skeletons clearly had their mouths moved substantially in order to have the stones fit, which caused the dislocation of the skeletons of those involved.

So why put stones in the mouths of the dead?  Were they intended to assist them in the afterlife, or was this to keep the dead from rising?  Given the approximate time of burial just around the 8th century we can almost rule out the former.  But the latter may actually have some precedent in 8th century Ireland.  And as excavations continued, archaeologists began to realize that the remains had this practice performed on them for several centuries.   But where else have we seen this sort of thing?  Remains were frequently moved or altered in order to keep with the traditions of the time or region.  And the rituals involved had to do with both the well-being of the dead and his or her survivors.

But there are other explanations being proposed as well.  In New Orleans bodies are not buried in several areas because when the water level rises there are fears that the coffins – if sealed tightly enough – would be pulled up explosively from the ground.  As a result most graveyards are aboveground.

So was this an early form of zombie deterrent?  Or was it something else?  Scientists scrutinizing images of the dead rising from the grave have since stated that no creature would be able to dig its way out of the ground in human form without a supernaturally improved strength.  The sheer weight of the Earth is more than enough to keep most beings underground more permanently.  It’s hard to imagine the weight of some of these stones would make the journey much easier, however, given the shallowness of some of the graves.