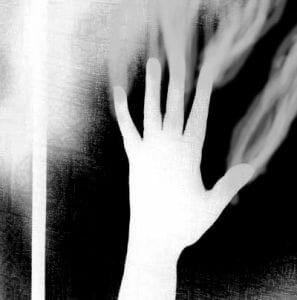 Ghost stalkers are a surprisingly common theme given the very few cases of it actually happening in modern ghost lore.  Ghost hunters are often warned to be careful around spirits that seem too overly friendly to them given the possibility they might follow that person home.  But the question of ghostly followers begs a few fairly fundamental questions about how ghosts operate – not the least of which is whether or not this can happen to you.  Are you being followed by a paranormal entity?  If so, is it possible you picked it up while visiting a haunted place?

Ghost hunters have been visiting haunted locations for decades and a relatively small number have later reported encountering the same spirits while at home or while out and about.  Why is this?  Why are paranormal entities almost exclusively drawn to one spot?  It seems strange that it would happen only sometimes rather than always or never at all.  If the “laws,” the fundamental rules of being dead are so unbreakable then it seems those being followed are not necessarily choosing to be followed, nor are the entities doing the following necessarily in control either.  The answer seems to lie, based on eyewitness testimony and even more anecdotal ghost legends, in the status of the “target” and the spirit.

If ghosts are simply wandering through haunted hallways and occasionally appearing on film without actually interacting with the people visiting, they may not even be aware of the presence of the observers.  But if the ghost is speaking with the individuals directly without the assistance of a digital recorder this seems to meet one of the parameters of a person specific targeted haunting.

Furthermore, it seems many of the characteristics which seem to promote poltergeist activity, such as the emotional state of the person being followed, has a great deal to do with how well they can be followed.  Those who are generally open and wish to be desired will find it fairly easy to attract a spirit somewhere who will follow them in return for the recognition they would receive.  But the more terrifying hauntings that a person may not wish to be any part of will happen often against their wishes and be difficult to remove.

One of the common themes with ghostly followers is the ghost seems to not only say the name of their target, but say it out loud even when no observable corporeal form is present.  Is it possible the name itself may be more than just a term of recognition?  Spiritualists for decades have said the true names of beings are like a key to them, allowing a number of mystical things that would ordinarily be completely impossible when interacting with them.  Perhaps the physical everyday name holds some power with it as well, specifically if our minds register it powerfully as a cue to act.

And so it is perhaps no surprise that ghosts who follow people are either benevolent, kind, and more often than not helpful or completely antagonistic and malevolent.  And in both cases witnesses report the ghost is able to do things we normally don’t think possible such as opening doors to let people into (for example) their own homes when it is locked, hiding and recovering things seemingly at random or using this same level of power to do more terrifying things.