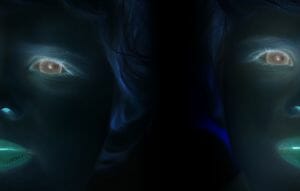 With shows about ghost hunters popping up all over cable television networks, it’s easy to understand why interest in the profession is at an all time high.  Of course there are a few fundamental questions that are rarely addressed about ghosts as a paranormal phenomena.  The purpose of this examination is not to call into question the existence of ghosts, but rather to explore their nature.

Given the massive amount of technical research done into the field of paranormal activity, it’s clear that regardless of what the ghost phenomena turns out to be, clearly something is going on.  Given that the scientific method relies primarily on experiments being repeated under controlled conditions again and again, it is impossible to study an external force that does not appear to be bound by the laws of physics.  “Magical” thinking often attributes that ghosts work outside the bounds of physics, and aside from other paranormal phenomena appear to be the exception to these laws.  The concept of the paranormal allows for magic to exist, and the controlled understood world is turned on its head.  This is part of the appeal for the paranormal.  But what if rather than breaking the laws of physics they were just very clever?

What if it was all in our heads?  That’s not to say, ghosts were merely figments of our imagination, but what if these beings were actual sentient creatures that manifested in the collective consciousness of humanity, traveling from mind to mind as a sort of extra-dimensional psychical being that could only exist within our perception?  Hiding amidst the electrons from brain to brain, they could exist like a massive AI program sustained by the brains of everyone stretched across the face of the earth by a psychical sort of “internet.”  To put it simply, what if they were still ghosts but immeasurable and existing entirely in our consciousness.  It may seem far fetched, but there is a bit of evidence to support this.  UFO sightings have a strong correlation to psychic phenomena, but not necessarily ghost sightings.  It is my hypothesis that a testing of those who see ghosts would also have a correspondingly high likelihood to manifest extra-sensory perception of some form or another.

It’s already well documented that a “poltergeist” often manifests in a house with a child undergoing the early stages of puberty even as they go through emotional hardships.  Studying the observers is the only repeatable piece of evidence that remains when the vaporous entity disappears, whether photographed or not.  Haunted locations may `be haunted for no other reason than their reputation building up and birthing actual entities that manifest in the minds of believers.  Mix this with the limited information science has to explain telekinesis, and is it such a far stretch to see ghosts suddenly taking form as energy is released and/or light photons are moved around to create apparitions even for the non-believers?

The mind is a complex place filled with more potential connections than there are atoms in the universe.  And our limited understanding of this unfathomably complex machine is stored within the machine itself.  Perhaps our understanding of the dead is far greater at a different cerebral level.  It’s possible that such a level is as unnoticed by the conscious mind as the constant drum-beat of the hypothalamus stimulating the heart.  This automatic portion of our mind may be a haven for the deceased who retreat back into the collective unconscious, transmitting their consciousness from mind to mind and only awakening when stimulated by memory, such as visiting the cold dark road they died on so many years ago.  Such a possibility calls into question the very fabric of reality itself.