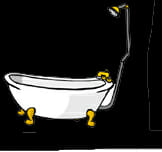 When you think of queens, one thought to arise is a royal that sits beside her king on thrones in a kingdom, but this was not the case with Queen Berengaria of Navarre. In this article, you will learn more about the circumstances surrounding a former queen of England, as well as other interesting facts about the Middle Ages.

Berengaria was Queen of England when she married King Richard (also known as King Richard the Lionheart). Not much is known about the royal except that she was the only queen of the land never to step foot in the country. While she was married to Richard, she lived in Continental Europe. Her husband Richard didn’t too much better either, as he was busy traveling during the Crusades. He wound up spending only six months in England.

2.    The Importance of Holy Relics

In the Middle Ages, relics of saints were highly valued by the people. Getting a hold of such relics was in high demand. For instance, when holy woman Elizabeth of Hungary died in 1231, a crowd of people swiftly dismembered her body for holy relics.

According to the Doomsday Book, which served as a large census, 10% of the population was comprised of slaves in 1086. Some areas boasted a population where 20% of their residents were bound by slavery. During the early Middle Ages, the invasions and chaos that followed made it easy to take slaves ”“ a practice that was seen throughout Europe at the time. When writing the Letter to the Soldiers of Coroticus, we learn that St. Patrick was captured and sold as a slave. He saw attacks on newly baptized Christians that had become enslaved. Around 793, the Viking Era brought Norse raiders who would capture and enslave people they came across.

Not all slaves were causalities of war, some were deemed criminals under Germanic laws and when the Visigothic Code was created, enslavement was a choice for those who were unable to pay the financial penalty for their crime. It was not uncommon to see people enter slavery as repayment to their victims ”“ not only did they become the property of another, but all of their possessions went along with it. In the case of slaves living during Carolingian European times, some people sold themselves to wealthy landowners so that they could benefit from protection, work and food.

Chattel slavery pertaining to English Christians was not allowed after 1066 after William of Normandy conquered England. In 1102, the slave trade in England was abolished.

During medieval days in England, it wasn’t odd to see animals being put on trial for their crimes. If they were deemed guilty, they could actually receive a sentence of death.

Regular bathing during medieval English days was quite important to the people, and they would regularly clean in public baths that were meant to encourage the practice. At the time, they believed that ‘cleanliness was next to Godliness.’ By the time the 16th century rolled around, the Protestants would eventually oppose the use of public baths because of the emergence of prostitution that commonly took place at these settings.