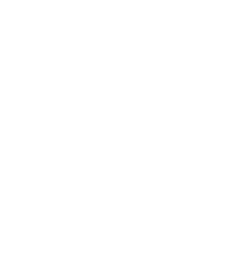 Brazilian scientists uncovered a huge prehistoric cemetery of dinosaurs in the north-eastern state of Rio Grande do Sul. According to a Brazilian news agency, the discovered dinosaurs died about 90 million years ago.

The unique finding became one of the most remarkable archaeological discoveries in Brazil. The skeletons of prehistoric animals are in a very good condition; specialists have already distinguished the bones of herbivorous and carnivorous dinosaurs, crocodiles and fish among the uncovered fossils. The finding has also proved a scientific theory, according to which the above-mentioned mountainous and droughty region of Brazil was abundant with fresh water.

Brazilian scientists analyzed the size of dinosaurs’ bones, peculiarities of their vertebral columns and concluded that the present territory of Brazil used to be inhabited by one of the largest prehistoric animals – Diplodocuses. Those herbivorous giant lizards had very long necks and huge bodies.

Scientists believe that South America was abundant with rich tropical vegetation 90 million years ago. Paleontologists have already discovered remains of prehistoric mammals in Brazil’s Rio Grande do Sul before – mastodons and giant sloths. The dinosaur bones uncovered in Brazil are very similar to skeletons of ancient reptiles that were found in Morocco. The striking resemblance proves the erstwhile connection between Africa and America.

The dinosaur cemetery in Brazil was discovered only two weeks ago. Scientists believe that they will release a lot of other sensations as they continue analyzing the remains of prehistoric animals, RIA Novosti reports.