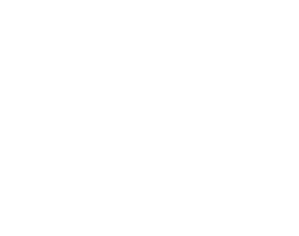 The quake in Chile that has been in the news not only shifted a great deal of land on Earth’s surface, but additionally likely shifted the axis of the Earth causing it to spin faster and subsequently decrease the length of the average day.  While the change isn’t so extreme that it will be recognizable for the average Earth inhabitant, it will have far reaching effects long term and certainly calls into question possible geological catastrophes and their effects on calendars.

As you know, the length of an average day is affected directly by its rotation.  The side of the Earth that faces the sun sees daylight, while the side facing away is night.  It seems exceedingly simple, but it’s the first component in the explanation of how an Earthquake can have an effect on the Earth’s day and night cycle, and how it could have been vastly different throughout history.  It also raises an interesting question about ancient calendars and their potential accuracy, or inaccuracy based not on improperly made calculations, but rather on the changing nature of Earth’s day and night cycle due to unforeseen geological changes.

But how did the Chilean Earthquake essentially change the rotation of the Earth?  And what exact mechanics are at work here?  In order to take a closer look at this, first we must look at the mechanics behind what scientist David Carriage, head of earth hazard studies and a professor at Liverpool University, calls the “Ice Skater effect.”  The principle suggests that the Earth in this case is comparable to an ice skater, who as she spins on the ice suddenly pulls her arms in toward her body and as a result spins faster.  The center of gravity is pushed from her hands farther away toward her center, and as a result is using the same amount of energy to propel her faster.  The distribution of mass is similar in the case of the Chilean earthquake, as a massive rock shelf falls closer into the Earth, resulting in an increase in speed as the same amount of energy begins to redistribute itself along with the weight of the matter being displaced toward its center.

So how much did the change actually cause Earth’s day and night to shift?  How much should we set our calendars and clocks for differently?  And will this result in different leap years in the future?  Don’t worry too much.  The actual shift in time was only estimated to be approximately 1.26 microseconds.  Every second has one million microseconds.  So in the end, every day there is one and a half one millionths of a second missing.  Over the course of the next one thousand years, if this calculation isn’t accounted for the actual time difference will be off by 2.17 seconds.  Certainly not enough to worry over, but it’s more than enough opportunity for a whole cavalcade of forum posts and doomsday prophets to say it will unbalance ecosystems even slightly and disrupt mankind.  In the end, the Chilean Earthquake was large, but certainly not large enough to cause Armageddon.