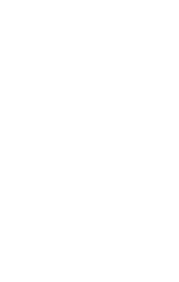 Out of all the deaths in the literary community, the passing of Edgar Allan Poe is of great interest. Still a mystery that people like to explore to this very day, the circumstances of his death are intriguing. While some believe he died because of his addiction to alcohol, others feel he suffered from disease, rabies, and cholera. There is even a rumor that he was murdered for political motives. In this article, you will encounter other facts about the famous author, including one of his nicknames.

None of the childhood homes that Poe lived in still exists, including the Moldavia estate that belonged to Allan’s family. The oldest standing home in Richmond, the Old Stone House was transformed into the Edgar Allan Poe Museum, but the author never lived there. There is a collection at the museum that includes several rare first printings of Poe works.

The dorm room that Poe is believed to have used while studying at the University of Virginia in 1826 has been preserved. People can come and visit it, where its upkeep is overseen by a group of students and staff that call themselves the Raven Society.

A Nickname for Poe

Because of his blend of mystery, suspense, and fiction in his short stories, Edgar Allan Poe has been called the “Father of the Detective Story” and is believed to have influenced future authors, such as the author of Sherlock Holmes.

Edgar Allan Poe died in 1849. It was October 3, 1849 when a man found Poe on the Baltimore streets in a delirious state. He was in great distress and in need of quick help. Poe was taken to the Washington College Hospital, where he died on Sunday, October 7, 1849. It was 5 in the morning when he passed away. No one knows what led to Poe’s condition since he never reached a coherent moment since he was found. Interestingly, he was also wearing clothes that did not belong to him.

The night before his death, the author reportedly called out the name “Reynolds” but no one knows who he was referring to. How convenient that all of his medical records, including his death certificate, have been lost. Some of the theories behind his death included “congestion of the brain,” “cerebral inflammation,” rabies, heart disease, syphilis, and cholera. Many believe that he died because of his alcoholism. Yet in still, Poe’s death remains a mystery to this day.