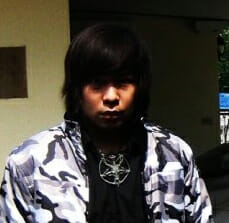 Oftentimes, the culture of heavy metal and extensions of this musical genre is associated with Satanism and the occult. It’s not uncommon to connect this type of music and those who play it with darkness, pentagrams, inverted crosses, the Devil, and Satanic hand gestures. In news that you don’t hear about often, a fan of a Thai metal band called Surrender of Divinity recently murdered one of the members on January 8 because he believed the man was not “Satanic enough.”

The alleged murderer is being called a self-proclaimed Satanist (or ‘black metal poser’ as some have referred to him), and is thought to have stabbed Surrender of Divinity’s bassist and vocalist, Avaejee (real name Samong Traisattha), to death while in his own home in Thailand.

According to the musician’s widow, it was a fan that was responsible for the murder of her husband. Jaruvan Surapol said that a suspect, who has been later identified as Prakarn Harnphanbusakorn, visited her home to have “some shirts screen-printed and to have a drink.” She left the room to put their child to bed, and when she returned, she said she found her husband lying on the floor in a pool of his own blood.
The 36-year-old had been stabbed multiple times.

Taking credit for the murder was a Facebook user who went by the name of “Maleficent Meditation,” who actually posted horrific photos of the crime scene that included the musician’s body. References to the murder also accompanied the photos on his Facebook page, including evidence that suggests the killer also took a sacrificial approach to killing Avaejee. However, it is not completely confirmed whether Harnphanbusakorn is the owner of this disturbing Facebook page. In addition to a foot-long knife and cell phone belonging to the suspected killer, Prakarn Harnphanbusakorn furnished a detailed confession.

It is reported that the suspected killer wrote online messages regarding the musician’s death, stating: “I have intended to end my life since I was 25. Because I’ll die eventually, I want to drag down those who tarnish Satanism with me. But I refrained from killing women and children. In my view, I have more respect for devoted Buddhists, Christians and Muslims than those who call themselves Satanists without knowing anything about it. If I did not kill him, I’m sure he would be murdered by someone else later.”

“Maleficent Meditation” ended by saying that people “who do not have faith in Satan should not call themselves Satanists.” He also expressed hope that he would be with Satan after he has died. Before the murder took place, The Facebook user had previously posted on black metal news, as well as wrote posts that mentioned Satanic worship and uploaded images that displayed artwork of Satanic related figures, such as Baphomet.

Surrender of Divinity is a band known for releasing a handful of underground collaborations, and was once linked with the Finnish war/noise metal cult known as Archgoat.