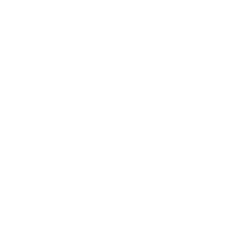 The old cellblock at Sing Sing Prison was shut down in 1943, but the facility continued to make headlines with the executions that took place on the premises. The prison was also home to a handful of notable inmates. In this article, you will learn about the electric chair and former prisoners of Sing Sing.

Another significant warden, Lewis Lawes, started in 1920 and stayed on for 20 years. During this time, he brought about more reforms and even established sports teams, educational programs and other methods of discipline at Sing Sing. The more modern facility had several new buildings constructed as well. In 1943, the old cellblock was shut down, and the metal bars and doors were donated to the war effort.

Executions were held at Sing Sing, including Gerhard A. Puff, who was electrocuted for murder on August 12, 1952. An infamous case involved the married couple Julius and Ethel Rosenberg who were electrocuted for espionage on June 19, 1953. The last prisoner to see the electric chair was Eddie Lee Mays, who was convicted of murder and executed on August 15, 1963. Because a 1972 ruling in the Supreme Court deemed the death penalty was unconstitutional, the electric chair was no longer put to use. In total, 614 men and women were executed at Sing Sing. The electric chair was transported to Greenhaven Prison (still in working condition), but was never used again.

Just like Alcatraz, Sing Sing had its fair share of notable inmates. One of the most notorious killing couples were sentenced to death and stayed at the prison during the 1950s. Martha Beck and Raymond Fernandez had been dubbed the Lonely Hearts Killers. The duo duped lonely widows out of their money while Fernandez pretended to be in love with the women. He would propose marriage, and then the two would kill their victims. In the end, they were responsible for killing 17 women. Their case was plastered all over the newspapers and gained a lot of media attention.

Their murder trial took place in 1950, which highlighted the active sex life of the defendant. They two lovers were second to the married couple, Ethel and Julius Rosenberg, who were atom bomb spies during the Cold War years.

The oldest prisoner executed at Sing Sing was Albert Fish , a 66-year-old man who killed children and practiced cannibalism. Fish was described as being deeply disturbed with sadomasochistic tendencies. He would insert needles into his own body. He confessed to torturing more than 100 children during his lifetime and said that he murdered five children.

Today, Sing Sing houses more than 2,000 inmates and sees around 5,000 visitors on a monthly basis. The original cellblock that dates back to 1825 is no longer in use, but there have been plans to turn it into a museum. A visit to the Joseph G. Caputo Community Center and you can view memorabilia and exhibits associated with the prison, including a replica of one of the cells dating back to 1825. It’s made with an original iron door from the prison. A replica of the electric chair is on display , along with a collection of 19 homemade “shank” weapons that had been confiscated in the prison throughout the years.