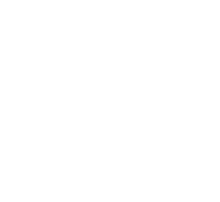 You hear the rumors about blood sacrifices being conducted as a way to gain entry into a secret society or elite organization. There has been a long-standing whisper both within and outside of the entertainment industry that numerous members of the “popular and famous” have been threatened, forced, shunned or paid into submission. Is there a possibility that the elite ‘takes out’ or ‘punishes’ their stars by making them an example and sacrificing their lives? Is the loss of family a price that some celebrities pay in order to maintain their status or make it in the business?

There is no doubt that people die under mysterious conditions that were intentional acts of violence made to look like ‘accidents’. Handfuls of people have been victims of suspicious ‘drug overdoses,’ ‘unfortunate slips and falls,’ ‘and tragic ‘car accidents.’ History already tells us that the government, secret intelligence agencies, the military, and even the Mafia do it on more than one occasion. People really do hire assassins, mercenaries and freelance killers to do their dirty work.

So, why do some people believe this trend takes place within the entertainment industry?

The question that some ask is whether or not celebrities are sacrificed when they don’t listen to their handlers or go against the grain of their programming. Also, do family members become the unfortunate causalities of their loved ones when they rise to the top? We can all agree that there are times that things are not always as they seem. Because of that, there’s been some speculation swirling around the industry and Internet that the following celebrities have been linked to such sacrifices:

Michael Jackson not only shared his musical talents with fans, but he was also planning a huge tour of the world with performances slated for all over the world. However, some people believe that Jackson had the intention of using his notoriety to influence and warn concert-goers of what the elite (or organizations bent on creating a New World Order) were up to, such as attempts to reduce the world’s population by using forced ‘vaccination’ programs. Was his death an attempt to silence an incredibly respected and influential celebrity with a far reach across the world?

Tupac Shakur was a highly influential rapper with a militant background. Not only did his lyrics ignite the masses, but he was also a knowledgeable young man with the makings of becoming a real Malcolm X of his time. He was certainly someone to be feared in the entertainment industry because of his uncontrollable nature. So, who put the wheels in motion to kill Tupac ”“ music industry rivals or other powerful individuals with another purpose to keep a specific group of people uninformed?

There is also speculation that Kanye West’s mother paid the price for West’s association with Jay-Z and the whole supposed ‘Roc’-Illuminati connection. It was only natural that some people started to believe that his mother was ‘taken out’ as a result of his quest for fame. Was the outspoken rapper ‘punished’ for ruffling the wrong feathers?

Jennifer Hudson went from American Idol castoff to starring in the movie “Dreamgirls” to cultivating a popular singing career to becoming a spokeswoman for successful weight loss. Now, she seems to have it all ”“ notoriety, fiancÃ©, and child. However, something very important is missing from her life ”“ her mother, brother, and nephew, who were killed in a senseless act of violence. Some people actually believe that the actress/singer sacrificed her family as part of an initiation to gain entry into the Illuminati secret society ”“ either knowingly or unknowingly. Is the loss of family members the price of fame that Hudson is paying for?