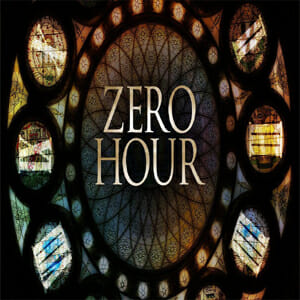 If you’ve seen the commercials for the latest TV show to hit the primetime lineup, ‘Zero Hour,’ then you’re already aware that the plot contains a ‘treasure map’ related to a ‘clandestine society.’ Yes, a secret religious society will play a role in the plot of the new series. Starring Anthony Edwards (of hit show ‘ER’ fame), this conspiracy-centered drama television series is slated to premiere on ABC on February 14, 2013 at 8 p.m. eastern time.

The overall plot of ‘Zero Hour’ centers on a weird twist of fate that draws a man into what is considered one of the most intriguing conspiracies in history. This man, Hank Galliston, played by Anthony Edwards, has been the editor of a magazine for skeptics or paranormal enthusiasts called ‘Modern Skeptic.’  Galliston has held this position for about 20 years. Show producers are banking on viewers becoming deeply engrossed in cracking the conspiracy or diving into the investigation of facts that the main character encounters.

Galliston is the type of character who has devoted his life and career to following clues to get to the bottom of conspiracies and other theories. He is the kind of person that takes pleasure in debunking the myths that ignite controversial discussion. A noted “paranormal junkie,” Galliston lives by the motto: “logic is the compass.” His life is about to change for the worst when his lovely wife is taken from her antique clock shop. This sends Galliston into a mystery fueled by his desire to get his wife back. The clues he must decipher and follow will involve locations around the world, as well as centuries-old events.

Galliston finds a ‘treasure map’ contained inside one of his wife’s clocks, which is believed to lead to something significant and drastic ”“ think ‘end of the world’ ‘prophecies. It soon becomes very clear that Galliston must uncover the meaning of the symbols, as well as unlock the secrets of the ‘map’  in order to retrieve his wife. All along, he has to make sure that the answers are not revealed to the wrong parties.

The kidnapping of Galliston’s wife figures into a bigger scheme of things. With hints of ‘Da Vinci Code’ suspense, the first episode of ‘Zero Hour’ is packed with numerous themes for conspiracy hunters to sink their teeth into. A woman is kidnapped. Clocks play a central theme in the plot. An object is hidden underneath a religious building. The mystery involves the Nazis and Rosicrucians.

The TV show incorporates events that take place during the Second World War. During this time, members of a Christian secret society who assemble clocks will play a significant role. Galliston not only has to figure out who has kidnapped his wife, but learning why exactly will prove an entirely complex issue on its own.

With the help of an FBI agent and his two associates, Galliston will have to race against time to locate the whereabouts of his wife, as well as save humanity.

If you cannot wait for the official airing of the ‘Zero Hour’ on February 14, 2013, you can catch the pilot for the TV show on Hulu, which is already available as of February 1.