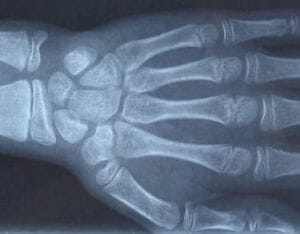 Scientists have discovered that there is a gene within us all that prevents fast healing and limb regeneration, and that it can be turned “off” in some mice.  The discovery hopes to harbor in a new age where organ donation will not be required for patients to recover from damaged tissue, and we could grow our arms and legs back even if they were crippled beyond repair or removed entirely.

The P21 Gene, as it is called, was first discovered in creatures such as flatworms, which can turn from one organism into two if cut in half.  Could scientists one day sever an arm and hope to recover an entire human from the tissue?  Academics from the Wistar Institute have many speculating that this science fiction theory may one day soon become a reality.

The primary difference between a damaged animal with typical healing associated with those with the P21 gene and those lacking the gene has to do with how cell tissue forms after the damaged tissue begins the healing process.  Traditionally, the P21 gene results in damaged tissue turning into a scar, and closing up a wound in the simplest way possible.  The P21 gene, when turned off, allows for the development of a blastema, which is a source of rapid cellular development.  The structure allows all cells of damaged animals to behave more like embryonic stem cells than typical cells of adult humans.  The embryonic cells have within them the blueprints for the greater whole and move to make that whole more like the original.  Scientists hope to be able to deactivate the P21 gene after birth temporarily and be able to allow for a cellular re-growth of damaged limbs and organs that could result in life long after normal cellular regeneration would stop.

Imagine losing a finger in a carpentry accident.  Normally the wound would have to be cauterized and/or succored, then the area where the wound was would eventually close up leaving scar tissue.  But you would in the end be minus a finger.  With the P21 cellular regeneration, DNA from the healing cells would regenerate the finger slowly and re-grow it complete with bones, nerve endings, and all other required elements into what would eventually become a new digit just like the first.

There is, however, a downside to creatures with an inactive P21 gene.  The P21 gene is used largely to prevent cancer.  Luckily, mice with reported inactive P21 genes have not reported any increase in cancer.  Hopefully this trend will continue as research is done on humans.  Cellular division on this scale is virtually unprecedented in humans.  If scientists can find a way to render the P21 inactive, it could revolutionize the medical industry forever.  As with most things, however, many people fear that the technology will not be developed if there is no money in it.  But there are incredibly potent avenues for research to become quite profitable, as the process itself would no doubt be a very expensive one.  In the future, we may no longer have to worry about losing organs and/or limbs if this research becomes as fruitful as scientists hope.