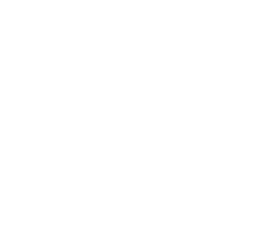 Russian scientists have finally found a way to extend human lifespan by 20-30 years. Such sensational statement has been made by the head of a group of eco-population analysis at the Institute of biochemical physics of the Russian Academy of Sciences Valery Mamaev.

“Analysis of people”s mortality in various countries reveals that the aging process of people in many developed countries has altogether slowed down by approximately 15 years. Russia in turn has a potential to be one of those countries. It is quite possible to extend people”s lifespan by 20-30 years without even having to invent anything,” noted Mamaev.

According to the scientist, extension on one’s lifespan in developed countries depends mainly on peoples’ desires to lead healthy lives. “Healthy lifestyle is in fashion these days; it has become prestigious.”, said Mamaev.

The scientist considers that Russian have developed a rather careless attitude towards their health. “If someone starts exercising outside in the yard, he will be immediately pointed at and laughed at. People simply cannot believe that their health will improve after a few pushups.”

“A few years ago, Russian scientists managed to set a record in extending lifespan in lab mice. Back then, the use of antioxidants allowed to extend their the lifespan of lab mice in 1,5 times (56%). Antioxidants are biologically active additives which are absolutely safe for the organism. Most often, people get them from drinking tea or eating apples, especially green ones,” stated Mamaev.

He also noted that five apples contain a daily value of antioxidants, “it is worth mentioning that sour apples, which do not even taste all that great are healthier than red, sweet and delicious ones. The latter kind in turn, contains almost no antioxidants.”

According to Mamaev, one can also take a single tablet of biologically active additives daily. “What’s most important is people’s desire to be healthy, and then we”ll be able to live just as long as people in Japan,” stated Mamaev.