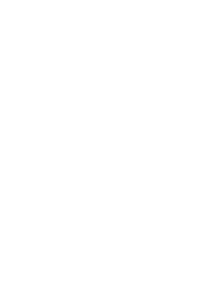 Othniel Marsh and Edward Drinker Cope used their wealth to explore prehistory and seek out as many dinosaurs as they could. In their travels and expeditions, they came across and named thousands of species. In an effort to be the best in their field, the two paleontologists developed a rivalry that was dubbed ‘The Bone Wars.”

Othniel C. Marsh (1831-1899) was a man who enjoying a rich uncle funding his career. Some of the money went towards funding a museum at Yale University. It was here that Marsh had a base to investigate and showcase his dinosaurs, prehistoric mammals and birds.

The Marshosaurus is also named after Marsh. The dinosaur lived during the late Jurassic period, which was around 151 to 142 million years ago. The meat-eater could reach a length of 16 feet, which was detected by fossils found in the Utah and Colorado region.

Although not named after him, Marsh is also responsible for naming some of the most recognizable of dinosaurs: Allosaurus, Apatosaurus, Diplodocus, Stegosaurus, and Triceratops.

Cope is considered one of the celebrated paleontologists in history ”“ greatly adding to the overall knowledge of dinosaurs and prehistoric creatures. His work led to the publishing of more than 600 scientific papers. In his lifetime, he personally named over 1,000 vertebrate species ”“ many of which were dinosaurs or reptiles that lived during ancient times. Cope used his wealth to fund his explorations and although he had no college education under his belt, he achieved and influenced a great deal in academia.

Cope made a lot of trips to the Midwest in the United States to uncover a range of dinosaur species. He also explore the southwestern region of the U.S. ”“ all during the 1860s and 1870s. At any time in the year, Cope dispatched workers to dig in various parts of the world.

Marsh and Cope were part of what was dubbed as the ‘Bone Wars,’ which pitted Marsh against a paleontology rival named Edward Drinker Cope. What triggered the two men going at each other’s throats was a comment that Marsh made about Cope’s placement of an Elasmosaurus head on the tail rather than with its neck. Their feud would continue for two decades, where the scientists challenged one another with their next dig. While the two attempted to best the other, their contributions greatly helped enhance the knowledge of prehistory. Both men would have dinosaurs named in their honor with Marsh being lucky enough to have two different dinosaurs named after him.