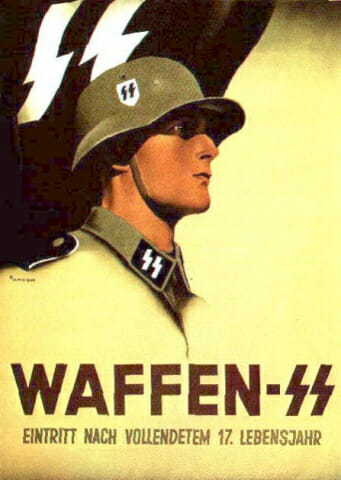 Although a common symbol throughout history, the lightning bolt has a deep, Biblical link to Lucifer himself. According to the King James Version of the Bible, it is quoted in Luke 10:18: “And he said unto them, I beheld Satan as lightning fall from heaven.” From then on, the lightning bolt has served as a common symbol for Satan, as well as many other things in popular culture, but those without a familiarity with the Bible will not be so quick to catch on.

The ancient myths that Romans, Greeks and other early civilizations worshipped came from a belief in a spirit world, where gods and goddesses possessed both human-like qualities and sub-human powers. A handful of the gods relied on the power of the lightning bolt to threaten, scare or punish the mortals on Earth. One of the most powerful of Greek gods was Zeus, and his weapon of choice was the lightning bolt (or the double bolt).

In the music industry, the double lightning bolt also appears in the spelling of the music band KISS and is used in the same manner by Black Sabbath. From photographs showing a black lightning bolt on her cheek to one of her own logos, Lady Gaga has embraced and identifies with the symbol. A bolt of lightning cuts through a headless female body that continues on to her genitalia. This isn’t quite surprising considering she is known to expose her fans to plenty of Satanic and demonic messages, symbolism and imagery.

AC/DC is a known reference to electricity and the name of a rock band dating back to the 1970s, but the lightning bolt within the band logo is often viewed as a reference to Satan. To make matters more disturbing, the titles of and references in some of their songs involve Satan and hell. These messages also come through in some of their album covers.

When it comes to the popular reading series of Harry Potter, some believe that J.K. Rowlings received helped from the demonic realm in order to achieve success. Her books centered on witchcraft and sorcery. The main character, Harry Potter, has a lightning bolt on his forehead. Some consider this a sign that Satan had touched the young Potter. The issue of Harry Potter and its popularity was even addressed by the Vatican, which released a statement that said witchcraft shown in Harry Potter is not anti-Christian. Some were not pleased to hear the Vatican tolerating witchcraft, as children of all ages emulate the content of the Harry Potter books and movies. When they place lightning bolts on their foreheads in an attempt to be like Potter, it is considered in some circles ”“ a form of ‘programming.’

Movie, television and gaming industries are also guilty of incorporating questionable symbolism in the products and programming that will affect young minds. Many times, these symbols play a role in blending fantasy with reality. Examples of this include: