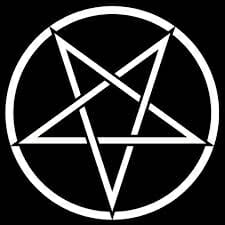 When it comes to secret societies, Freemasons, Satanism and the occult, mathematical elements such as geometry and numbers, figure heavily in with their beliefs. One such recognizable piece of symbolism with geometric proportions is the pentagram – the shape of a five-pointed star that is drawn using five straight strokes. Throughout history, the symbol has represented several different religious affiliations around the world, but despite this fact, it is most often connected to the worship of Satan.

To understand the significance of the pentagram and other geometric shapes as it pertains to the occult and Satanism, you must know one of the things that the shape represents. It is said that Satanists value geometry, science and numbers because it represents the worship of ‘the created’ rather than of ‘the Creator.’

Most of us already know that the pentagram (or down-pointing star) plays a role in the occult and within Satanic circles. For instance, the symbol is often associated with the likes of Anton LeVay (American occultist who founded the Church of Satan) and probably one of the most famous Satanists in history, Aleister Crowley whose nickname was actually the Great Beast 666 – the English occultist who founded the Thelemite philosophy. The pentagram with a goat’s head inside also appears on the cover of LeVay’s Satanic Bible. 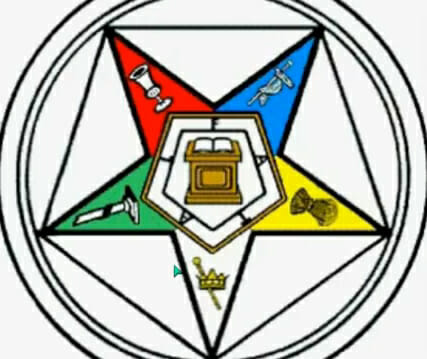 In Freemasonry, the Eastern Star symbol is found on the floor of Masonic temples, and when taking a look at the women’s emblem, it uses the shape of the pentagram. The shape of the pentagram is even connected to astronomy and the channeling of demonic or evil spirits related to Satanism. With regards to the cycle of Venus (the planet that figures greatly with this type of worship or channeling of spirits), the orbit of the planet around the Sun is represented by a pentagonal conjunction.

The pentagram is also a symbol embraced by criminals. Most notably, serial killer Richard Ramirez (known as the Night Stalker), was often pictured in the courtroom during his trial as raising the palm of his hand to reveal a tattooed pentagram.

So why would the entertainment industry want to be connected to such a symbol?

Throughout the entertainment world and within other industries that reach consumers around the world, the pentagram has definitely found its way into mainstream media. It’s appeared in the background of some of the most played music videos on television and across the Internet. Celebrities and musicians have worn T-shirts, hats, tattoos, and jewelry that display the pentagram. Photo shoots willingly incorporate the symbol as part of a setting, statement, or prop.

Regardless if the entertainer agrees with what the pentagram stands for – it has become an increasingly acceptable symbol for both celebrities and those who are exposed to it. Even the younger generation is drawn into it – pictures of Miley Cyrus’ younger sister have shown her wearing a shirt with the down-pointing star, and Victoria and David Beckham’s child was pictured with a pentagram-like symbol shaved into his haircut.

Other instances where pentagrams have been intentionally used by well-known entertainment personalities include the following: