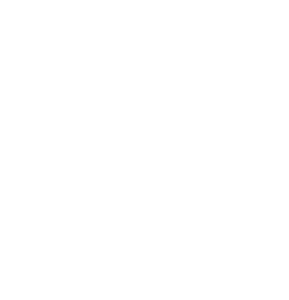 At Cape Canaveral an assembly was held celebrating the 50 year anniversary since the first American shot out into space.  Crowds gathered outside Cape Canaveral to witness the celebration of exactly 50 years of space flight since 1961, listening to speakers talking about the first man to lift off, Alan Shepard as others as they paused amid the chaos of 2011 to commemorate one of the proudest moments in mankind’s history.

Thursday marks 50 years since the Freedom 7 first set off from the ground to bring the space program into the new age.  As astronauts pinned their gear together and millions waited on the ground those first few moments were tense.  The United States was already in a great competition with the Soviet Union whose space program had not only sent up the first satellite, known as Sputnik, it had also been the first to send humans into space.  Cosmonaut Yuri Gagarin only lived a few years after his historic flight before crashing during a training exercise and dying.

Alan Bartlett Shepard, Jr would make his own journey into the unknown in 1961 and live on as a symbol of western science in the United States until 1998.  He would often retell of that first journey with fondness and a little apprehension.  As the programs were still largely new, it was not like attempting the launch after a close ally had done the same.  There were still many unknowns.  And the Soviet Union had several challenges which would remain secret during Shepard’s journey.  That morning he climbed into the Freedom 7 and voiced to himself the now famous “Shepherd’s Prayer” before the countdown concluded and beneath him the massive rocket ignited and sent him soaring into space.  As NASA scientists would later quote, getting Shepherd into space was the easy part, but getting him back alive would be yet another challenge.  As his ship crested into the horizon, it was a tense moment.  Later, when he returned, a recovery team would help bring him back to the States where he was awarded medals by JFK and celebrated as a national hero.  In January of 1971 he would follow the ill fated Apollo 13 mission and become the commander of the third landing party on the moon.  After success in this project, Shepard would be promoted to rear admiral and eventually leave NASA.

In honor of Shepard’s status as an American hero, speakers were heard and a massive screen displayed the events next to an 83 foot replica of the rocket.  Jay Barbree of NBC News was quoted saying that Shepard had carried NASA’s space program on his shoulders.  The entire program’s success or failure – and possibly America’s journey into space itself – hinged largely on the success or failure of one man.  It’s hard to believe only 50 years ago this was the state of affairs and one man would prove once and for all he had “the right stuff.”