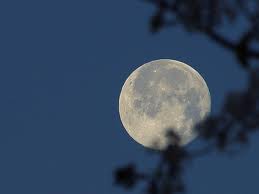 Rocks from the Lunar surface are some of the highest priced rocks in the world as one of the most rare minerals on the planet.  And there is one other thing about these rocks – It’s completely illegal to buy or sell them.  Despite this, one woman in California is suspected of setting off to make $1.7 million on the rocks.  The rock, due to its Lunar origins was worth more than any gold and most diamonds.

The woman’s name has still not been released, though she is currently being held in California after she set out to sell the rock grabbed from the moon during a series of missions after the Apollo 11 mission and subsequent missions.  At least that’s the notion scientists are currently entertaining.  Of course NASA scientists are still trying to verify if the moon rock even is a moon rock.  And if not, this crime will have taken on a whole new level.  Moon rocks are widely considered a treasure beyond the level of trade – something that cannot be bought or sold, but only given as gifts to leaders of nations.

But if it is a genuine moon rock, there are only three known sources on Earth.  First there were the Apollo missions, which brought back close to 850 lbs of materials from the Lunar surface.  This was brought back specifically for several reasons – among them to prove to the Soviets that we had reached the moon.  The moon rocks were, after all unique and alien to our own planet.  After the six successful moon landings by the Apollo program there were Russian missions to conquer the moon as well, including three Luna missions that ultimately brought back 0.7 lbs of moon rocks total.  And then there are finally those rocks that fell naturally from the sky as meteorites that eventually landed – but these too are widely considered illegal to sell.  All of the rocks that have come into the public eye are officially off limits.

And so while the woman is not being held officially and has not been arrested, her dealing in such previous and rare rocks has certainly caught the attention of those around her – including authorities.  And so this would be saleswoman is finding instead of moon rocks and a windfall, scandal and the possibility of charges at the hands of authorities if the case should prove a matter of genuine concern or the rocks prove genuine.

Perhaps most intriguing about this case is the revelation that since the government sent the valuable moon rocks to the leaders of several different nations, it found the rocks had been sold or disappeared in the interim between then and now.  And while it may be the market speaking to some, it does in some small way appear to be one small step backward for mankind if these rocks which were gained by a small number of brave astronauts fell into greedy hands in the end.