Yuri Malin, a former KGB officer, says that there was a special department in the structure of Russian secret services to protect top officials from malicious intentions of scientists and extrasensory individuals, who could create devices that were capable of affecting human psychology. Yuri Malin worked as a consultant of Boris Yeltsin’s Federal Security Service.

“Special services do not take much care of President Putin nowadays. There are no professionals in his team to help him struggle with the external psychophysical influence. There were such people in Boris Yeltsin’s team, though. There was a special department, which was dealing with unconventional technologies to manipulate the human mind,” Malin says.

“The department was formed when someone found an eavesdropping device in the house of the Russian government. It was actually not a microphone, but a directional antenna. Specialists concluded that the antenna had been installed in the office to exert a psychological influence on the president. 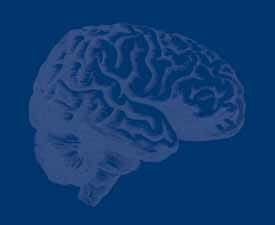 “Extrasensory appliances were used during pre-election campaigns in the beginning of the 1990sin Russia. I have a document dated December 16th, 1995 – a price list for extrasensory pre-election services. The extrasensory security guarantee for candidates cost $3,000 a month at that time. A candidate had to pay $2,000 to “bewitch” the entire population of a town to make all people vote for him. The cheapest extrasensory service for candidates – assistance during public appearances – cost $150 per hour.

“There were about 20 institutes in Russia in the beginning of the 1990s, which developed a variety of extrasensory devices, like the one that was found in Boris Yeltsin’s office. I know those people, who worked on psychic developments and those, who denounced them as something pseudo-scientific. Those were one and the same people actually. There were certain devices, which could drive a person to insanity. The goal of our department was to control, supervise and restrain this “weapon of mass manipulation.” When the system of state support collapsed, commercial and criminal structures started sponsoring the “pseudo-scientific inventors.” High-ranking officials knew that someone could turn them into zombies. That is why Yeltsin’s government assigned 500 million rubles for a special program to prevent any kind of remote manipulation effect.

“When Vladimir Putin came to power, the department was abolished. I do not know if a new department was established afterwards. It is not ruled out that the new president considered the psychic security service nonsensical. A lot of experienced specialists have been left out of job at the time when human mind manipulation technologies are developing so actively in the world today. Americans have reportedly created radiators of modulated signals, which control people’s behavior. One should say that the control can be conducted thousands of kilometers from afar. It is not ruled out that such technologies were used during the presidential election in Ukraine.”

The agents of the psychic security department were taking great care of Boris Yeltsin: they were meticulously watching over every little detail. They could not let a button of Yeltsin’s shirt disappear: it was believed that extrasensory individuals could put the evil eye on the president with the help of any little thing that Yeltsin owned.