Incidents of rat attacks are extremely rare in everyday practice

A rat has recently attacked a little baby in the city of Tver, Central Russia. When the baby-girl was sleeping alone in the room, a rat attacked the child and started biting her furiously in the face. The little girl was hospitalized as a result of the incident – doctors of the local hospital managed to save the child’s life, although the girl had to stay in the reanimation department of the hospital for quite a long time.

The State Sanitary Service of the Tver region said that incidents of rat attacks were extremely rare. Such occurrences have not been registered in the region during several recent years at all. Specialists for the Sanitary Service said that the attack probably occurred because of the fact that there was a grocery store in the apartment block, where the family was living. The store was closed for repairs for a long time, which made hungry rats start looking for food all over the house. 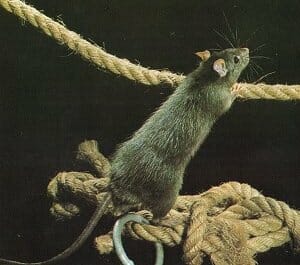 As it turned out later, the grocery store was not the reason of the above-mentioned rat attack. It was not the first occurrence in Tver, when rodents attacked humans.  People, who live in an apartment block in another street of the city, said that they were afraid to sleep at night because of a very large quantity of rats and mice in the building. A rat has already attacked and bit one of the families. The animal crawled into a bedroom at night and attacked a sleeping woman. The woman woke up because of the terrible pain. “It took me some time to realize what was going on. When I finally came to my senses, I chased the rat away, although it managed to scratch my husband’s neck as it was escaping,” the woman said. As a result, the two people had to undergo a complete course of medical treatment. Rats and other rodents are known for transmitting a whole bouquet of lethal diseases, including plague and rabies.

All inhabitants of the above-mentioned building are trying to protect their apartments with rat and mouse traps, although they might not be any help. The people addressed to a sanitary service, where they were told that the service had no money for any disinfecting or deratizating procedures.

Read the original in Russian: (Translated by: Dmitry Sudakov)