Nowadays, humanity is involved in the Third World War, the war against terrorism.

Biological weapons have not been used in this war yet. Many Russian labs are working on creating new bio cultures, most of which are extremely hazardous. What are the chances of terrorists getting into these labs?

As it is known, there exist anti-missile complexes, bomb-shelters and hospitals specifically designed to treat irradiation. All of them have been constructed for the event of the atomic war. However, very few know what facilities there are to accommodate people in the event of biological warfare. God forbid, but after all the terrorist acts in Moscow”s metro stations, explosions in apartment complexes and schools, bacteriological attacks could be next.

Where do our scientists store those vaccines and serums, which are meant to ensure safety of hundreds of thousands of people”s lives in case of a major epidemic? How good is the security that is supposed to guard these “treasures”? Will potential enemies be able to lay their hands on them and spread those viruses all through Russia?

Russia”s scientific and research institute of I.I. Mechnikova is located not far from Moscow. While being first founded in Moscow in 1919, the institute has later moved to the Moscow suburbs. In the early 90s, Mechnikov”s Biomed (just as any other pharmaceutical company at the time) wasn”t needed anymore. That was the time of the renowned Perestroika, Revolution, Capitalization. State-owned organizations had to find financial means themselves. Import of foreign medications, that flooded Russia due to tax ban, revocation of state law concerning labeling of Russian medications, rapid growth of fakes, mind-boggling inflation, all of these factors affected “Biomed”. Samples of blood-related research, vaccines against whooping-cough, diphtheria, various forms of Hepatitis, tetanus, along with various medications for diagnostic and prophylactic purposes were suddenly no longer needed. It was only thanks to one of the Institute”s staff researchers that the vaccines hadn”t been shipped abroad. More so, in 1994 Russia was bombarded by mass infection. Tens of million of people have died as a result of the infection. 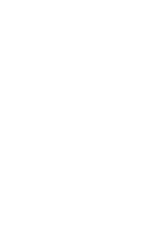 Today, it is no longer a secret that the renowned “Biomed” company has been safeguarding a wide array of various vaccines against extremely dangerous infections for quite some time now. Its secret warehouses contain guaranteed supply of the Ministry of Emergency Situations intended to solve problems of state and international significance; this supply of medications is intended to be used in cases of the spread of a deadly epidemic.

However, the existing state’s supply will be unable to solve all the economic problems faced by the “Biomed” company. “State orders are not enough to ensure Institute”s further development and provide sufficient financing for future projects,” says Managing Director of the company, Victor Mikhailov in his exclusive interview to PRAVDA.RU. “What we need at the moment is a well-thought-out plan in the sphere of scientific research as well as new marketing strategies. You would be surprised, but the packaging is of utmost importance when it comes to development of a scientific product. Today, I am quite happy with the way our scientific team works hand in hand with our managerial team.”.

Today, “Biomed” is a highly profitable manufacturing facility. It produces more than 80 sorts of medications. Its main expertise is vaccine production (including specially designed vaccines for children). Along with producing vaccines against whooping-cough, diphtheria and tetanus, the company also focuses its research on creating genetic products to fight Hepatitis B and a whole array of other vaccines.

Nowadays, “Biomed” cooperates with the leading wholesalers in the sphere of pharmacology. The main concern these days however is tight security of the complex. When asked about the company”s security measures, we”ve been given a positive answer. “The entire 32 hectares are under control!” Well, let”s just hope that this is so and no enemy will ever be able to come through.

Read the original in Russian: (Translated by: Anna Ossipova)