A town in Argentina is living in fear after several sightings of a ‘creepy gnome’ that locals claim stalks the streets at night, according to the British online tabloid “The Sun”.  A link to the story can be found here:  http://tinyurl.com/2d3qoj 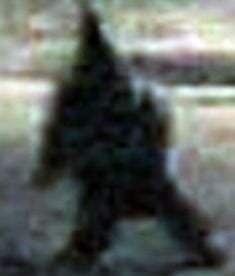 The story goes on:

“The little person ” who wears a pointy hat and has a distinctive sideways walk ” was caught on video last week by a terrified group of youngsters.”

The little goblin, who is terrorizing Argentinian Mexicans, made one teenager “so scared after seeing that thing that he had to be taken to the hospital.”

Argentina is famous for quality beef, excessive plastic surgery and now menacing pointy-cap Gnomes.  There have been several sightings that locals reported of it stalking the streets at night.  The creature was caught on video last week by some teenagers.  The youngsters reported weird noises as if someone was throwing stones.

Jose Alvarez, a local filmed the figure on his mobile phone and told the national newspaper El Tribuno that they discovered the creature while playing in their hometown of General Guemes.

According to Jose others have now come forward reporting that they too had seen the gnome.

See a video of the Gnome here: