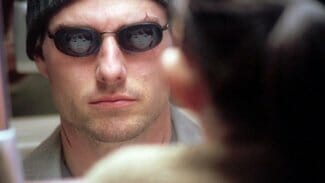 Don’t look now, but Big Brother is one step closer to watching you all of the time, no matter where you are.

The FBI has begun introducing its brand new $1 billion biometric Next Generation Identification (NGI) system which is, in essence, a nationwide database of mug shots, iris scans, DNA records, voice samples and other biometrics.

The nation’s foremost law enforcement agency says the system will help agents identify and catch criminals (the “it’s for your own good” excuse, in case you’ve not heard it before), but as usual, the devil is in the details. It’s how this biometric data will be captured that has privacy advocates wailing at the top of their lungs: it will be collected via a nationwide network of cameras and photography databases.

Before this monstrosity was developed, the FBI relied on another, less capable system, IAFIS, which is a national fingerprint database that has long needed an overhaul.

Over the past few months, the agency has been testing a pilot facial recognition system. Soon, agents will also be able to search the system for other biometrics such as iris scans and DNA says ExtremeTech.com.

“In theory, this should result in much faster positive identifications of criminals and fewer unsolved cases,” the site says.

The technology for such a monster system already exists. Alessandro Acquisti of Carnegie Mellon University in Pittsburgh said during congressional testimony in July that “face recognition is now,” according to New Scientist magazine.

A few states began uploading suspect and criminal photos into the system as part of the early pilot program in February; the system is expected to be rolled out nationwide in 2014.

“In addition to scanning mug shots for a match, FBI officials have indicated that they are keen to track a suspect by picking out their face in a crowd,” says the magazine.

Another of the program’s uses would be the reverse: Images of a person of interest captured by security cameras or public photos uploaded onto the Internet, which could then be compared against a litany of images held in a national repository which is maintained, of course, by the FBI. An algorithm would instantaneously perform a search and return a list of potential matches for agents to sift through during investigations.

Privacy advocates are understandably upset. They are concerned about the broad application and scope of such a system. They are also concerned that such a system will inevitably sweep up scores of innocent people with no criminal record, but who may be caught on camera alongside other persons of interest, thereby winding up in a federal database or otherwise be subjected to unwarranted surveillance.

Backers of the system say it has reached a level where investigators using it can match a single face from a pool of more than 1.6 million mug shots/passport photos with 92 percent accuracy, and in fewer than two seconds. In cases where a suspect’s face and corresponding mug shot are well lit, accuracy approaches 100 percent. Additionally, where DNA or iris records exist, it’s a very efficient way of accurately identifying suspects, they say.

So, catching criminals faster and in a more efficient manner should be a good thing, right?

The pilot program, it’s important to note, has so far only used mug shots and driver license photos of known criminals, but the FBI has not said this will always be the case. There may come a day when the NGI system is packed with as many photos as possible, from as many sources as possible, of as many people as possible, both innocent and criminal.

I think it’s time to start wearing large, dark sunglasses and a ball cap or hoodie every time you’re in public?