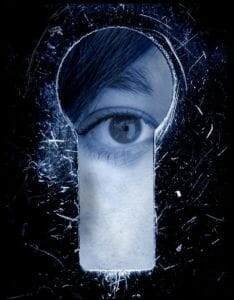 Big news coming from the White House as the Obama administration proposes breaking down copyright policy and replacing it with what critics are calling a draconian and unrealistic expectation for surfers.  Copyright infringement under this new policy would become a felony, and using the now expanded powers of the Patriot Act would allow wiretapping of phones for suspected infringers.  Who is suspected of infringing copyright law?  Most people.  Big Brother could essentially spy on anyone who ever downloaded copyrighted material.

And some on the internet are suggesting such a new law would fill US prisons as millions of citizens who perform no other illegal activity regularly stream movies and television programs (despite any regulations.)  Indeed some corporations have even embraced the interest the public has in streaming media by creating sites such as Hulu and Netflix.  These programs not only have increased the number of people turning off the television, but are also a source of some copyright controversy themselves.

But is this truly about copyright law?  Are we all progressing so dangerously into a copyright infringement filled world that it is bankrupting the entertainment industry?  Is the government really hoping to imprison millions of people so dangerous because they want to watch an episode of Saturday Night Live online when a week later they can do so for free?  Or is there another hand in this movement trying to get something else out of the deal?  What does Big Brother truly gain by making copyright infringement a felony?

Despite promises to the contrary, the current administration has significantly increased spying on domestic civilians in recent years.  And yet there are still more who are beyond the scope of legally being spied upon because they obviously don’t commit any crimes.  By passing this proposal into law, millions more will fit the profile of a criminal committing a felony.  Indeed it will be difficult to say any wiretapping procedure is not justified in a copyright infringement case because some public school teachers even stream copyrighted material to students for educational purposes – essentially making them an accessory to a felony.

And furthermore, what do they hope to learn from wiretapping people in this case?  Do individuals regularly conspire via phone to do this?  And that’s where the final lynch pin lies.

Years ago the cell phone snuck into our every day lives.  Most people carry these devices with them at all times, and cannot imagine a life without them.  But these devices can capture and transmit audio as though they were a carefully planted bug to investigators at any time – even when they appear to be off.  And if you think that’s bad, with wiretapping okayed in the investigation of a felony case – something everyone would be suspected of – any cell phone could be legally remotely turned on to listen in on every conversation taking place in America.  But who would be listening?  Domestic spy funding is through the roof.  Privacy is quickly becoming our greatest export, despite there being a serious shortage.