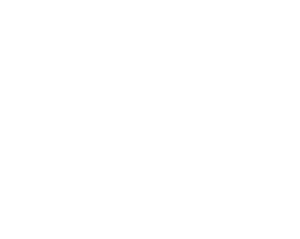 A series of explosions rocking the area just south of Ashgabat had residents and visitors scratching their heads and wondering about a possible international incident, but just when it couldn’t get any stranger the foreign ministry immediately issued a statement regarding the incident, normally an issue the foreign ministry would not be commenting on, stating the strange booms and smoke billowing were caused by fireworks and there was no further need to investigate.  But why were the fireworks in a military arms depot and why were they followed by repeated power outages and mass evacuations throughout the city?

This strange news had some foreign diplomats doing a double take when the President Gurbanguly Berdymukhamedov responded to recent coverage by several agencies, including the AFP who had received information that not only were there explosions, but there were still many facts that were for the most part still unknown.  Whether the denial happened as a result of the story getting out or government officials decided to deny anything was out of the ordinary independently is also unknown.  The three sources reporting to the AFP on the incident requested that they remain anonymous.

And now there are two stories coming out regarding the incident with some saying it resulted in mass casualty and property destruction collapsing the local government to a center of fear and chaos while the official story in the highly secretive country stated that there had been no casualties, and the explosions were only an extremely minor incident.  But if it was a minor incident, we have to wonder why it was worth commenting at all to the international community about.

Turkmenistan is today one of the most secretive and reclusive countries in the world, topped by only a few others including North Korea in terms of autocracy and isolation.  And yet it also has one of the largest oil reserves in the world within its borders, fueling not only the world but also its own reclusive nature.  In 2009 there was talk of opening a massive theme park style city similar to Las Vegas for rich foreign tourists, but these open lines to the rest of the world are few and far between.

And so it’s understandable the motivation to cover-up whatever was really causing these explosions.  Doing so would, in fact, be quite in keeping with behavior a country that wishes as little contact with the outside world would have.  But that won’t stop some from asking just what the mysterious incident could have been caused by.  And why the normally downright cold shoulder has been turned to the international community to assure it there’s nothing to see.  And of course speculation has run wild.  Everything from a secret attack by unknown forces to a major accident to the crash of a top secret foreign military aircraft have been suggested.  Perhaps in time some light will be shed on this mystery.  We can only hope for the best in the meantime.