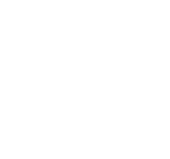 Whether it is used for its connection to the element of fire or as a drinking vessel, the chalice has roots in most magic and religion. This goblet-like cup has a bowl attached to a thinner stem that widens and flattens out at the bottom. In this article, you will learn more about how the chalice fit into religious circles, such as the Christians.

Christians and the Chalice

During the Eucharist, the chalice played an important role because it was used to hold sacramental wine. This type of practice was followed by the Roman Catholics, Eastern Orthodox Church, Anglicans, Lutherans, and other denominations of Christianity. The chalice was often comprised of precious metal and was elaborately decorated with jewels or enamel.

The chalice dates back to ancient times when the Romans consumed liquids from a drinking vessel that looked like a bowl attached to a stand. The chalice was a common fixture at banquets and has been used since the early days of church. Since the vessels played an important role on religious affairs, they were highly decorated and treated with great respect.

The appearance of the chalice did undergo changes throughout time. Early versions possessed a large bowl with two handles. The size of the bowl seemed to decrease as time passed, and the base was enlarged to enhance stability.

The chalice was so important that the church started to officially regulate the construction, blessing, and treatment of chalices. To this day, some religious traditions have survived. For example, the inside of the chalice cup is often required to be made out of gold. Modern times have seen the chalice being constructed out of clay, wood, glass, and other materials.

The differences were also seen between practitioners of Western and Eastern Christianity. The Western followers added a pommel or node where the stem meets the cup, which made elevation easier. Roman Catholics would drink from chalices that were shaped like a tulip. The cups were also narrower. In the past, only the priest received the Blood of Christ during Mass, but when all communicants drank from the chalice, enlargements were made.

Eastern followers, such as the Eastern Orthodox Church members) would engrave or place icons on their chalices. The cross was also a popular feature of the vessels. In Orthodoxy and Eastern Catholicism, all communicants would receive both the Body of Christ and the Blood of Christ, which affected the design of the chalices. A portion of the Lamb was placed in the chalice, and then the faithful would partake Communion on a spoon.

The eastern chalices reflect this practice with a larger, rounded cup. Kissing the base (also referred to as the ‘foot’) of the chalice after receiving Holy Communion was a tradition of the Russian Orthodox Church. They were not the only religious group to make kissing the cup a practice.