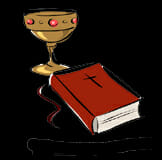 Some translations of the Bible were created to highlight specific cultural aspects. For example, many versions shed light on the Jewish content found throughout the text. In this article, you will encounter information on the King James Version of the Bible, as well as the Jerusalem Bible.

Also referred to as the KJV, the King James Version of the Bible is a well known translation that dates back to 1611. A revision of the text emerged in 1768. King James I of England commissioned the version, which is respected for its literary style of language that mirrored some of the style favored during the time of William Shakespeare.

Using the thought-for-thought translation theory known as dynamic equivalence, the Good News Version of the Bible offers common English throughout the text. In an attempt to make the verses easier to understand, some of the ancient idioms have been replaced with modern versions. The Good News Version is also called the GNT. The New Testament version emerged in 1966, while the Old Testament version appeared in 1974 with a text revision in 1993.

The Holman Christian Standard Bible combines word-for-word and dynamic renderings that keep in line with the original words that God inspired. However, the text is easier for modern readers to digest. Known as the HCSB, the Holman Christian Standard Bible is available in the New Testament version. When the Old Testament version is created, it is said that the text will be reevaluated.

The Jerusalem Bible was based on the French Bible de Jerusalem that appeared in 1956. This version was a Roman Catholic Bible that offered an impressive literary style. The translation was embraced by more than one denomination. The Jerusalem Bible is also known as the JER.

David H. Stern is responsible for this modern translation that hails from the Greeks. His aim was to highlight the Jewish aspects of the New Testament. When creating the version, he used transliteration of Hebrew/Aramaic words, such as Yeshua for Jesus. Other Jewish cultural references were also a part of the translation.

Using the Eastern Peshitta manuscripts in Syriac, the Lamasa Bible was translated by George M. Lamsa, who used the language closely related to the Aramaic spoken by Jesus.

This particular translation is unique because it is the only modern speech translation of the New Testament that was prepared by a woman. The version associated with Helen Barrett Montgomery is not without any controversy, as it is presented in a more conversational style. The text is also arranged in paragraphs.