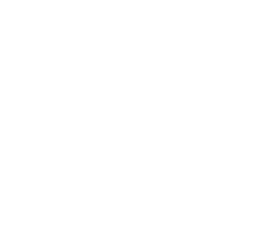 When recently looking over a list of proposed and suspected cryptids, I was once again amazed at how many of them appear to be listed as primates or apelike.  Is there  reason folk stories so commonly tell tales of mysterious apelike creatures even in regions where no such creatures (or anything even resembling them) are said to exist?  Is there a cultural niche such a legend fills in societies?  Or is there another reason so many report seeing strange hairy creatures living in the wild that seem in their own way almost human?

The idea of Bigfoot or Sasquatch is fairly interesting on its own.  The idea of a creature that could have escaped scientific scrutiny when so many other creatures have been labeled and categorized is a legend that has endured numerous scientific attempts to discredit it.  And with more sightings of the creature pouring in yearly – sometimes weekly – the number of believers is showing no signs of slowing down.  But it’s not just Bigfoot that people report seeing.  In fact, every culture seems to have its own incarnation of the Bigfoot tale.  It seems wherever humans commonly gather in sight of the vast and wandering wilderness, stories of mysterious apelike creatures are soon to follow.

In Indonesia a small dwarflike entity known as the Ebo Gogo is said to occasionally make appearances to travelers lucky enough to catch sight of it.  Dubbed by some as Bigfoot’s diminutive half brother, the Ebo Gogo is like a human, but is said to eat just about anything it can get its tiny hands on to survive.  You may recall the legend of the Fear Liath we brought to our readers’ attention earlier this year.  This creature is said to be incredibly large, capable of casting a massive shadow on the fog to visitors of Scotland’s mountains.  And if you were to read about an encounter with the legendary Hibagon it may sound almost exactly like a western Bigfoot encounter.  Even the United States has various incarnations of Bigfoot with the Skunk Ape of the south and others like it.  Further south in South America the Maricoxi, written about even by famous vanished explorer Percy Fawcett is said to wander the forests even making use of tools such as bows and arrows to take down prey and defend itself.  The abominable snowman, though preferring a more ice covered climate is said to resemble the massive Sasquatch both in its size and shape and its propensity to avoid human beings.

But why did so many legends crop up independently to one another telling tale of strange and mysterious creatures bearing so many characteristics similar to one another?  No other culture has tales resembling, for example, Mothman or the Loveland Frog people.  The similarities seem to be exclusively held for the legendary Sasquatch.  Is it possible Sasquatch is a callback to an ancestral memory we all have even if we do not know it of a time long before humans lost their hair?  Or is there something else?  Are people actually seeing these creatures despite the fact that they have eluded conclusive evidence gathering?  And how would they remain so secret if there are so many of them all over the world?  The answer is and likely will be for some time, unexplainable.