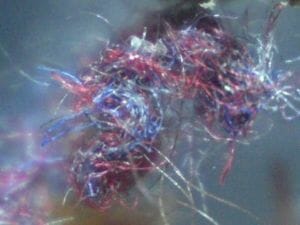 A disease that has spread through the public perception despite not being fully verified by mainstream science currently afflicts an estimated 7,000 with some sufferers and advocates believing that the number could in fact be quite higher.  But during the course of the disease’s receiving attention, a few doctors have had success of various treatments for this mystery illness.

Morgellan’s disease is said to be an extremely painful condition wherein tiny fibers or fragments of material push up from within the body through the surface of the skin.  It isn’t known where these fibers originate from, but advocates of the disease believe the fibrous tendrils are the result of a parasite which excretes the fibers in a way similar to a more conventional silk worm.  The fibers are then somehow pushed through the skin and the resulting interaction with nerve endings causes the sufferer intense pain.

Suspected causes have ranged everywhere from the presence of bacteria to a mysterious type of life form not currently understood by science and -as with so many other mysterious things- even alien abduction has been connected to the disease.  Chemtrails from secret government tests also feature prominently in the literature.

But there have also been a number of reported cures for the disease ranging from the mainstream traditional types of cures to more exotic and mysterious ointments and treatments.  Perhaps most prominently featured in the treatment of the disease is the use of colloidal silver (often attached to a specific brand designed to kill Morgellan’s disease).  Colloidal silver has been put forth as the miracle cure for everything ranging from cancer to the common cold.  Skeptics have pointed out that though colloidal silver does kill disease, it does so because it is a heavy metal.  And so even as it kills diseases, it can also harm healthy tissue as well.  Extensive studies on colloidal silver by objective parties have not been performed, though anecdotal evidence has suggested it can cure Morgellan’s.

Doctors believing Morgellons is nothing more than an extreme case of delusional parasitosis will often prescribe antipsychotics and extensive therapy.  Delusional parasitosis is a disease wherein the sufferer is acutely convinced that an organism has invaded their body (a parasite) but no such organism is present.  Often the sufferers will report feeling extreme pain, weakness, and several of the other symptoms associated with Morgellon’s.

But before we can just dismiss Morgellons, it should be noted that the disease didn’t spring up out of nowhere, and an ongoing investigation has even begun involving the Federal Government thanks to an active lobby for Morgellon’s sufferers.  Soon we may discover that this disease is far from just in the mind.  And if that doesn’t make your skin crawl, the fact that a growing number of believers think it might come from somewhere completely different from other diseases might.  In the mean time, sufferers of the disease work actively to find a cure for what has been described as a horrifying illness that has produced physical evidence in the form of tiny fibers protruding from the skin.