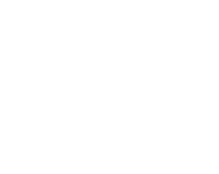 Those familiar with the writings of French philosopher Jean Jacque Rousseau are likely also familiar with his conception of what he considers the “unspoiled natural man.” Of course few realize that this conception was actually based on a real life human being that lived in the royal court for several years as an oddity and man of interest for all those who had the privilege of interacting with him.

The world of 1725, when Wild Peter was initially discovered was quite a different one. The year previously a text entitled “The Constitution of the Freemasons” was being distributed along the information underground of the day, inciting fierce protests among both pro and anti masons. The last witch burning in Scotland wouldn’t happen until a year later. Johnathon Swift’s world famous “Gulliver’s Travels” wouldn’t be released for another two years. The gaining popularity of “Hell Fire” clubs was finally being cracked down on by King George due to popular disdain for the groups. And finally, a group of travelers out in the woods would happen upon a boy by the age of twelve as they walked the woods nearby the town of Hameln, in Hanover one day in July, the year 1724.

The travelers noticed the young man had, what at first appeared a merely unkempt appearance. The boy was eventually brought before the lordship as an oddity. At first it was noted that he would not eat bread, considering it too strange to eat and instead ate only vegetables and grass and would suck the juice from green stalk, suggesting a diet comprised entirely of wild things. The boy was at first entirely an herbivore, and prior to his being sent for by King George I of England he was rumored to be merely mentally handicapped and driven insane by abusive parents and then left abandoned in the woods. The boy, as the story goes, was too strong to be killed by the elements and therefore found his simple way in the woods befriending animals and living like a proverbial Tarzan in the woods. Of course later his story, and the stories of others like him, would be adapted by many famous authors.

King George and Queen Caroline eventually became his benefactors, and though “Wild” Peter was incapable of any articulate speech even until his death in 1726, he did refer to the king as “kee scho” and to the queen Caroline as “kwee ca” in phonetic reference to their names. It was speculated that the boy must have been abandoned prior to learning how to speak, or shortly after. Further evidence that he lived with and was abandoned by his parents was tanning lines about his body that indicated he wore clothes all the way up until shortly before he was finally found. In addition, he wore a rag around his neck.

Wild Peter finally died in 1785, at an estimated age of around seventy. Later German Naturalists and scholars would study his life and would conclude that he had indeed lived with humans, but would have spent a considerable amount of his developmental time in the wild -likely years- prior to his discovery.