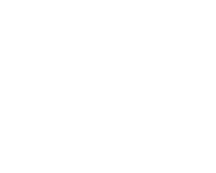 The sea monk isn’t the tragic tale of a monk who was shipwrecked and left to haunt the ocean waters on a derelict boat, but rather an actual creature reported to have existed in the fifteen hundreds.  The creature’s appearance was ghastly and soon joined the myriad other stories of creatures encountered by fishermen exploring the far reaches of the Earth’s seas.  One part fish, and one part human (monk to be specific) the creature gained in popularity before the turn of the century and even enjoyed a few lines in one of Guillaume du Barta’s poems.

The creature had a hideous head, two long fins that weren’t quite arms, a large scaled torso, and two strange jellyfish-like skirts around it that gave the appearance of a monk’s robes when viewed from a distance.  The crown atop its head appeared similar to the monk’s style of hair known as the Tonsure.  A tonsure for monks was a symbol of rejecting physical appearance and style, though it couldn’t have compared to the horrific monkfish’s scaled scalp.  And all of these features were nothing when it came to the final feature on the monk fish – its face.

The monk fish was said to have a grotesque face with two eyes out in front of it, a raised ridge in the center that appeared almost exactly like a nose, and a wide toothy mouth stretching across the entire circumference of its face.  The teeth themselves were long and sharp, leading some to speculate that the creature may have been distantly related to some breed of shark.  If it were a shark, however, it still didn’t explain the telescopic eyes on the front rather than up higher on its head.

Others, such as the 19th century famed zoologist Japetus Steenstrup compared it to a giant squid in his writings. While the theory was compelling, particularly when accompanied by Steenstrup’s comparative drawings, it didn’t explain the face or the eyes.  And it would have had to have been a partially decomposed or highly mutated specimen to have generated such strikingly strange characteristics.  And most sea-farers worth their salt would not have confused a monk’s tonsure for the crest at the top of a squid’s head.

The mystery of the monk fish is only eclipsed in strangeness by the appearance of the legendary bishop fish which appeared about the same time.  As the story goes, the creature was taken to Poland where the king wished to keep it as a sort of novelty.  When the church got involved, however, a group of bishops realized the creature should not be incarcerated and they begged the fish be released to the sea.  Though it never spoke, the creature crossed itself and jumped back into the ocean.  It was captured in Germany two years later where it died of starvation.  The Bishop fish allegedly looked very similar to the monk fish, except it had two legs that allowed it to walk freely on land, a bearded face, and what appeared to be a long cap that appeared similar to a bishop’s Miter hat.