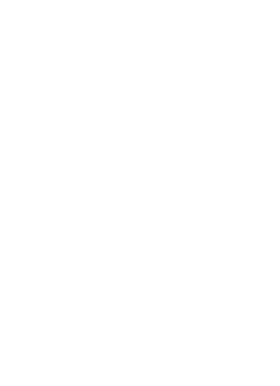 Unknown fire and jelly-like creatures live in Earth’s atmosphere
10/02/2004 11:06
On 11 September, 1948, the Empire State Building in New York was attacked with hundreds of birds of various species

The hypothesis about the existence of little-studied forms of life in the Earth’s atmosphere has been an attraction for scientists for quite a long time. Nations around the globe have numerous stories, fairy-tales and legends about

such creatures, the most popular of which are sylphs, giant fire birds, fairies, flying snakes and dragons. This weird theory has been gaining more and more details lately to prove its credibility.

The mysterious creatures of the sky can be traced in the history of the Roman Empire. According to ancient manuscripts, giant red ravens were seen flying in the sky above Rome in the year 106 B.C. Ancient writings say that the birds were carrying red-hot stones in their beaks. The ravens dropped and stones down on the ground, having scorched a half of the city. Similar fire-like creatures reminiscent of birds were seen in France and Portugal, in Middle Ages. They were called fire elementalias, specters of fire. Fire-birds caused numerous fires in the middle of the 1980s in San-Juan, Puerto Rico. Eyewitnesses said that the birds were huge, with a wing-spread of about four meters.

Fire snakes and dragons were described in historical documents too. An outstanding incident took place in September of 1891 in the American town of Crawfordswille, Indiana. There is a story in the archives of the town about a 10-meter long fire snake, which appeared above the central square of the town. A lot of people saw the snake – they all said that it was a live creature. A local pastor vowed that the snake had red eyes of fire and the heat of its breath could be felt at a considerable distance. It is noteworthy that similar creatures could be seen in the sky above Indiana in the 60s and 70s of the current century. Film director William Gordon Allen used eyewitnesses’ stories to create a colorful image of the fire snake. The illustration appeared in the documentary film “Overlords of the UFO,” which was released in 1976.

Mass deaths of birds, or their sudden migration can also be considered an indirect evidence to prove the existence of an unknown form of life in the atmosphere of the planet. On 11 September, 1948, the building of New York’s highest skyscraper, the Empire State Building, was attacked with hundreds of birds of various species. Eyewitnesses said that the birds were slamming into windows, as if they were trying to fly away from an imminent danger. Hundreds of birds fell down on the ground dead in May of 1917 in the US town of Baton-Rouge, Louisiana. A lot of them had strange burns on their bodies. A similar incident occurred in August of 1960 on the outskirts of Capitola Beach, when numerous birds fell down dead too. Ornithologists could never determine the reason of their death.

American researcher Charles Fort wrote in his work “The Book of the Damned” that there were weird, jelly-like beings living in the Earth’s atmosphere. Medusa-like creatures, Fort wrote, had stings and tentacles, which they used to hunt for birds. The existence of such creatures seemed to be unbelievable for a very long time, until American scientists developed a special substance, aerogel. The lighter-than-air gel is a substance, the state of which is represents both hard and gas condition. Researchers proposed that the flesh of the mysterious creatures could be made of a similar substance. The theory can be partly proved with an incident, which occurred on 28 December, 1958, in Florida. Detective Faustin Galegos found a strange object outside his house. The detective said that he took the object in his hands, but could not feel that he was holding it. It was a translucent ball, the size of a soccer ball, and it was practically weightless. The detective did not manage to preserve it, because it virtually melted in the air several hours later. Faustin Galegos said that he had an impression of holding an unknown dead creature in his hands.

The most uneasy mentioning about the mysterious creatures of the sky belongs to researcher Robert Gardner. According to him, a transport aircraft of the US Air Force took off from an army base in San Diego in the summer of 1939. The plane, carrying 12 passengers aboard, returned to the base in about an hour, after it had sent an SOS. When servicemen opened the hatch, they saw that all 12 passengers were dead. The commander was the only person, who stayed alive, but he died in several minutes too. The dead military men had strange burns on their skin, but it did not become possible to find out their origin and what really happened on board the plane. Investigators determined that the crew and the passengers used their personal guns. The hull paneling of the plane was damaged with gunshots, as if the people were trying to kill a very fast enemy. Apparently, they failed to kill a mysterious creature.