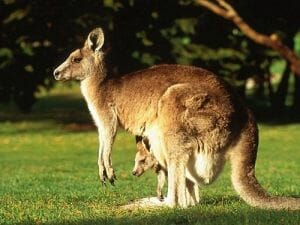 Skeptics, when exploring the subject of cryptozoology often will ask a simple and perfectly reasonable question: Where are all the cryptid bones?  Why have we not, in the decades since cryptozoology first became a subject of study been able to actually find a Bigfoot skeleton?  Why does the evidence seem to be just as elusive after death as they are when the creatures are capable of actively running away and hiding?  Of the answers, some are more fantastic than others.

The first answer of course is that the wild is an incredibly hostile place for remains to be.  The fantastic tales of the Devil Bird of Sri Lanka.  The screams of this elusive creature were said to be comparable to the screams of a woman in peril, and yet for decades even amid intense scrutiny the creature was commonly demoted to the level of myth.  The tales told of the bird as a real creature terrorizing the Sri Lankan wilderness were more often than not cited alongside stories of Bigfoot and the Thunderbird as creatures of fairy tale lore.  If the Devil Bird Exists, many said, then where are its bones?  It wasn’t until 2001 when the creature was found for the first time shrieking in the wilderness just outside a small community.  The creature was not dead, but very much alive.  And up until that point none of them had been gathered up no matter how diligently ornithologists searched.

The second possibility is a matter of location.  Though we may look at the modern day Kangaroo as a staple of the Australian Outback, there was a time when this creature was considered to be nothing more than a fantastic urban legend.  Prior to the 1770’s, the tales of these creatures were often thought to be impossible.  And the fact that the descriptions (though valid when put in context) painted the Kangaroo as a magical animal certainly didn’t help.  Explorers would amaze onlookers with tales of a creature with the head of a deer that hopped along on two legs like a person with his shoelaces tied together, often sporting a second head which protruded from its abdomen.  Though we know today that baby kangaroos develop outside of the womb in a mother kangaroo’s pouch, to those seeing the creatures for the first time it appeared as though they actually were one creature.  And so in this case the Kangaroo was considered a myth because only the most dedicated of explorers who made their way to the land down under themselves could confirm these stories.  And these were generally not men of science, but those who sought adventure and told tall tales.

And there is another explanation to go along with the cryptid controversy as well.  Many have stated that some of these creatures may not actually be from Earth at all, but rather an alternate dimension.  And so, when they are no longer tethered to this realm of existence by life, they simply snap back to their home realm where death may no longer be a factor.  No doubt one of the more metaphysical answers, this one has gained credibility only as discoveries in quantum physics are made.

Whatever the explanation, the phenomenon of cryptid appearances is far from a case closed.  And as the sightings continue to pour in, these strange events are ever increasingly bizarre and unexplainable.