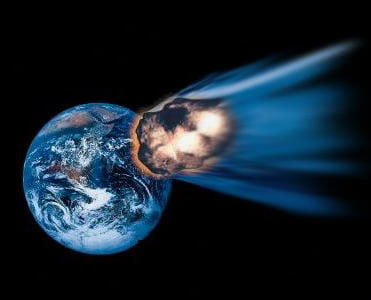 Five hundred meter asteroid 2012 QG42 will fly Earth by next week.  This celestial body is referred to the class of “potentially dangerous” asteroids.  Astronomers try to conduct radar tests of the giant asteroid.

One of the potentially disastrous asteroids for the Earth is Asteroid Apophis.  According to NASA, the possible collision with Apophis, which may happen in 2036, will produce 100 thousand times more energy than was produced as a result of the nuclear explosion in Hiroshima.

Asteroid 2004 VD17 is even more dangerous to our planet.  It will cross the Earth’s orbit on May 4, 2102.  In June of this year, U.S. scientists proposed to use multiple solar-powered laser-equipped satellites to protect Earth from celestial bodies.