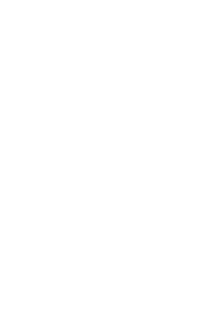 From the evil scientist creating something to end the world to the ability to travel through space and time, science fiction books and movies present a wide range of elements to snag the attention of readers and viewers. In this article, you will encounter some of the publications and films that highlight common themes of the science fiction genre.

Science fiction movies of the 1930’s and 40’s often blended elements of horror in their plots. The films often featured scientific experiments gone wrong (regardless if the intent was to do good or bad) or a mad scientist with haywire ideas. Popular movies released during those times have themes that have been revisited during modern times. They include Frankenstein”, “Bride of Frankenstein”, “The Invisible Man”, “Dr. Jekyll and Mr. Hyde”, and “Doctor X”.

We already know that it is possible to send man to the Moon and to other planets, but space travel is a constant theme that appears in the science fiction genre. Sometimes, new life forms are encountered, as seen in ‘Aliens’ and crew members must fight for their lives. The concept that humans are not alone in the universe as the only living beings is constantly being visited in science fiction books and movies. Different methods of space travel are explored, such as the Starship Enterprise seen in the Star Trek films. Sometimes, space travel is necessary to save the world. In ‘Prometheus’ (2012), a team of explorers engage in battle to save the future of humankind as they travel to the darkest corners of the universe.

In the book ‘Time Traveler’s Wife’ written by Audrey Niffenegger, which was published in 2003, the plot centers on a man with a gene that causes him to involuntarily time travel. The tale explores the complications that it poses for his marriage. The man is not in control of when he leaves, where he goes, or for how long his trips will last. The concept of being able to visit the future or revisit the past is a common theme in science fiction pieces. For Niffenegger ‘s book, a man finds love during these time travel adventures and must learn how to cope with leaving and then returning to his wife. The book was later made into a movie, which starred Eric Bana and Rachel McAdams.

However, not all time travel tales have happy endings or love stories ”“ some focus on the consequences that may come with traveling back into time, as seen in the movie, ‘The Butterfly Effect.’ The main character played by Ashton Kutcher learns that influencing the past can have detrimental effects for events to play out in the future when he tries to use supernatural forces to alter his life. Kutcher believes that he can continuously revisit the past to correct the mistakes and events he makes during his time travel.