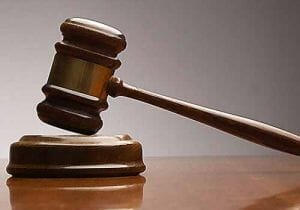 The Internet has opened our homes to the world in many ways.  Users can now speak with friends we’ve known for years but have never met.  They can watch movies, get jobs, and even fall in love.  But in the world of 2011 it appears you can even die as the result of a conversation on the Internet.  In 2005 Mark Drybrough was found hanging in England and in 2008 Kajouji was drowned in Ontario, Canada.  While the man standing trial for their deaths isn’t being accused of murder, their deaths came as the result of the actions of one man they never met according to the sentence.  And so the world takes yet another disturbing step into an uncertain future.

William Melchert-Dinkel was charged with assisting suicide after he made suicide pacts with two people over the internet while posing as someone else.  The accused man told police after he was arrested that he had been driven on by “the thrill of the chase.”  According to authorities Dinkel contacted these people after lurking in chat rooms looking for someone who voiced suicidal tendencies.  After this, he would pose as someone else and feign sympathy before finally clamping down and making the suicide pact.  At the time of his arrest, Dinkel had been confident that five people had died because of his actions.

The trial he gave did not include a jury as Dinkel waived that right.  In the end he was sentenced to an almost $30,000 fine and up to three years in prison.  But the question becomes, what is this age we live in where a conversation on the internet can result in death?

The most well publicized form of assisted suicide is Dr. Jack Kavorkian, who was convicted of first degree murder in 1999 and then released in 2007.  But while Kavorkian may have been a “right to die” advocate, the acts carried out by Dinkel seemed quite a bit different.  In the case of Dinkel, he was telling people whose only affliction was their depression and suicidal tendencies to die rather than making it a matter of medical concern.

It’s also a difficult matter to tackle from a philosophical perspective.  And when looking into the possibility of remotely controlled robots and other systems it stands as evidence that some of those who may not be murderers, may be found using technology as a stepping stone to result in the deaths of people they don’t even know.  And with computers already a common element in our own environment, that becomes a terrifying possibility.

And what other ways will technology find ways to circumnavigate the law and make us ask questions about the very nature and purpose of each law itself?  Will we be able to adapt this ever changing landscape around us?  Or will we instead find a core philosophy that reduces suffering and allows people to live free lives and solve several of the issues facing us today?