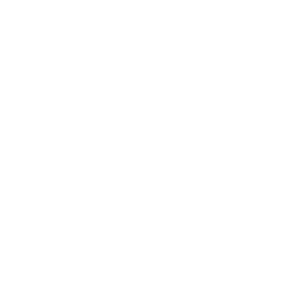 In Comic Books the superhero is an individual who possesses ordinary traits shared by many people you would meet every day, and superior capabilities far beyond that of an ordinary human.  For years super heroics was considered a purely fictional.  But then in 1995 something peculiar happened.  Ordinary people, tired of seeing varying levels of injustice and inconvenience in the world around them, started donning costumes reminiscent of comic book characters in an effort to make society a safer and better place.  But as technology improves, and the push to integrate it within the human body is realized, what will the future of these real life superheroes look like?

It’s little mystery that the main thing that made superheroes so interesting was their superior ability to intervene.  Let’s take a look at what makes a superhero in the traditional sense.  First, we have an overall motivation or drive.  This drive is quite possibly the most commonly seen element of superheroes around the world.  And the decision to take the responsibility of their environment is one of the most defining characteristics between the ordinary citizen and the hero of today.

But what about the hero of tomorrow?  Will this ability to undertake tasks previously beyond an ordinary individual eventually create a new race of metahumans who have embraced technology?  With current levels of bionics, an individual may not be able to leap from tall buildings or run faster than a speeding bullet, but technology could in theory allow a whole new world of specially designed heroic coalitions in just a few years.  For example, a previously deaf person who got a bionic ear implant could in theory then modify the implant to hear better than before.  Then, upon adapting their personality to surround their newly discovered ability, they could become “Super Ear” or “The Incredible Rabbit Man” or simply “The Listener.”  Similarly, a person who had previously lost their legs or arms could adapt an exoskeleton previously designed for heavy industrial lifting and walk around like a real life Iron man after their bionic enhancement has been grafted to their bodies.  And these individuals have already been benefiting from cybernetic and prosthetic enhancements for years.

The real interesting point here is that those who have already lost their limbs or sensory organs will be far more quick to adopt these superior technologies.  Much like the superheroes of fiction, these individuals will take what would otherwise be a disability and breach the gap between “human” and “metahuman” out of necessity.  In the 1987 film Robocop, the protagonist only acquires his super hero status after a violent confrontation that removes much of his functional organs and limbs.  He would not have gained his superior abilities without this accident.  And so it seems quite possible that when we really do see cybernetically enhanced persons that few will be willing to remove these working organs with mechanical ones.  Rather, the superheroes of tomorrow could be those with disabilities today.