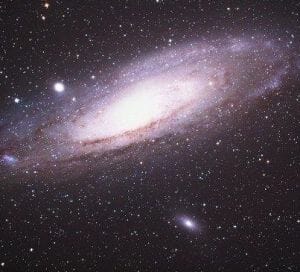 There are many different schools of thought on the experience of alien abduction.  When we look at it objectively it can range anywhere from a wonderful enlightening experience to a terrifying and mysterious nightmare to haunt the victim till the end of their days.  But often in these experiences, former captives of alien abduction will report feeling a phenomenon known as theophany.  This feeling gives them a greater connectiveness to the rest of the universe and helps them deal with the experience in a positive way.  But is it real?  Or artificially generated?

There are a number of elements to the UFO narrative that seem to suggest the beings involved have an incredible capability for manipulating matter and energy , even to the point where they can telepathically flood the senses with information and even convince people of things that they ordinarily would not believe.  Indeed the very experience itself of alien abduction could be generated entirely artificially according to some theories of the phenomenon , meaning whoever is at the controls behind these experiences may be fully aware of how the abductee is experiencing it all.  And what better way of controlling the experience than to simply fill them with a sense that it could be somehow connected to something larger than the human race?

We may think bestowing this type of emotion on a person would be impossible, but technology has already shown that it is not only possible, but fairly easy to alter the human brain to open up the spiritual experiences normally blocked out in every day society.  It’s so easy, in fact, even advertisers are using subliminal messaging to make spiritual connections from users to concepts that normally would be reserved or the religious , only instead of connecting with the universe or themselves, they are connecting to a product, ideology, or manufactured way of life.  And that’s an indirect use through images and words.  How easy then would it be for an advanced alien civilization to artificially create this same sense of Theophany in an individual whose species it had been studying for years?  How many more years of advanced scientific study must we still perform on the brain before these feelings can be subliminally and subconsciously broadcast to an individual or a group to make them feel that they’re on the verge of a great spiritual experience?

It would certainly benefit a potential alien captor to do so as well.  If they were to give the abductee a sense that there I something important and larger than themselves going on with their surveillance and their experiments, then the alien beings wouldn’t even have to explicitly justify what they were doing to gain the compliance of those they had picked up.  In fact, they would likely be able to get an individual to extend the illusion and even spread word of the experience like wildfire as something other than terrifying.   This isn’t to say that’s exactly what’s going on, only to suggest it may be possible and it would certainly be beneficial to artificially create a sense of inner peace and universal connectivity in those who were taken aboard their craft.