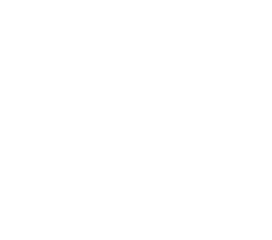 science fiction literature and film we’re often shown scenarios where an unknown and largely enigmatic alien race descends from the heavens in order to wreak havoc on the Earth for various reasons.  Of course it’s generally understood that an invading alien force would utilize superior technology and presumably vastly more organized and efficient social infrastructure to destroy anything that stands in their path.  And so when the topic of repelling a theoretical attack comes up, it’s often met with general anxiety and despair.  But would it really be impossible to win this proverbial war of the worlds?

First, it’s an all too often overlooked tactical imperative to understand (with an asterisk) the opponent one is facing.  Of course the general capabilities and methods of an alien race are important, but the most coveted secret an enemy can have would most certainly be its motivation.  Because it’s such a compelling plot device, in science fiction there is generally a moment where the leaders of the world are somehow brought into communication with an incoming alien threat and learn the reason such a race of creatures would take the trek several lightyears to our home and start knocking buildings down.  This is generally met universally with a, “No!  We’re not giving THAT up!” followed by several CG explosions and an unlikely resolution which ultimately claims the human race as the victor (but at what cost, etc).  If the motivation for the alien race is unclear,  see step two.

Step two would be not to fight the aliens, but rather make sure it was difficult or impossible for them to achieve the resolution they are attempting to acquire without the human race’s cooperation.  It’s generally assumed that if a hostile alien race is here, they have arrived for some sort of resource (and this is also assuming that the human race itself may be the desired resource).  If there is a mining operation harvesting gold, destroy the operation or the delivery method.  If a giant ship is sucking up all of the water in the ocean, let it suck up an unmanned nuclear submarine as well.  Then, offer a less expensive cooperative business venture that will allow both parties to have what they absolutely must, but ensure that both are allowed survival. The goal would be a long-term business relationship rather than a simple one-time transaction.  This is of particular importance to ensure the fleet needs Earth to keep existing.  Of course with business ventures come laws, lawyers, accountants, and cooperation.  This is a perfect time to investigate as much about their technology as possible.  For those who think technology would be impossible to investigate, consider this: a modern day kitchen or bathroom has many technologies that would have would have proved advantageous in war a century ago.  A microwave oven, while it may be difficult for the layman from the 1890’s to understand,  works on principles that could provide insight into forces of nature unknown.  If put into the right hands, this sort of technology would have great potential.  And while it’s generally not understood how alien invaders would live, if they were looking for resources it’s a safe bet they have weaknesses (obviously the need for and lack of the resource they are coveting is proof of weakness immediately) which could be remembered and exploited.  Keep in mind that a species without weakness would have no motivation to develop technologically.