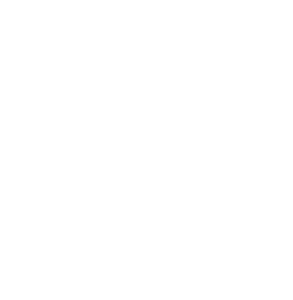 Only once in modern history was the entire radio listening audience under a clear and distinct impression that invaders from outer space were making their way into the living rooms of an America still recovering from the Great Depression.  But 1938 America was quite a different place than it is today, and the audience was quickly fooled into a panic that resulted in neighbors barricading their houses and shooting one another in the riots that ensued.  At least that’s the official story of that fateful October night.  The reality, as it turns out, was a bit different.

Far from the panic of entire neighborhoods flooding with looters and people taking pot shots at one another over meager supplies, once again the War of the Worlds showed a great deal of the good in humanity even as it showed some of the terrifying.

Contrary to popular belief, the incident did not result in a single death.  In fact, at the height of the panic, most of those under the spell of the soon-to-be-notorious Orson Welles were simply listening transfixed at the radio as the better part of the human race was burned to cinders.  After that, the incident showed little sign of slowing down, and they turned to their neighbors to do what so many find themselves doing at the height of unfamiliar circumstance – simply standing around outside and talking about it.

Later, a series of films and television broadcasts came about detailing the circumstances behind the event and the reactions of people.  Understandably this became more exaggerated than the reality had been.  The only downside to this was how people would later draw a parallel between The War of the Worlds in 1938 and the UFO phenomenon and disclosure several years later.

With alleged real sightings of extraterrestrial objects there was now an understanding that the average person would throw their arms up and go screaming off into the night.  And this became the cultural norm as well.  When placed in unfamiliar territory, people have a tendency to mimic the reactions of those they have seen.  And this extends to fiction as well.  As a result of the terror behind the War of the Worlds paranoia, people would soon associate unfamiliar creatures from space with sheer unbridled terror.  And this would follow the phenomenon even today.  To this day there is an image in media of the Martian invaders and those who react in terror to them with fingers pointing to the sky amidst crowds of others fleeing and always screaming in terror.  But is this how we would really react when confronted with the unknown?

Think about it for a moment after removing all preconceived notions of what the aliens may actually be like.  If we were faced with an object of obvious otherworldly origin, and knew nothing of those inside, would we immediately react with terror?  Or would there be a sense of wonder intermingled alongside a sense that whatever came next would fail to outweigh the momentous occasion of actually learning we were not alone in the universe?  It’s difficult to say, but it seems the human race is more difficult to rattle than modern retellings of the War of the Worlds broadcast story would have us believe.