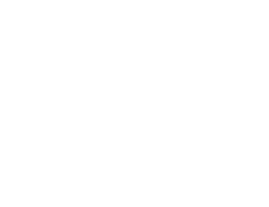 A report submitted to the Mutual UFO Network this week shows several witnesses actually observed and tracked several objects interacting with jets over their home in Oregon around 10:00 PM last Friday.  As the witnesses watched, they soon found themselves observing something that quite simply could not be explained by conventional means.

The mysterious objects were observed hovering above the witness submitting the report’s house after he saw mysterious objects hovering in the area.  The following night, he and four friends were summoned outside by a friend who declared an unidentified object was outside in the sky and had just fired off some sort of “pod.”  As they ran outside, they watched as a large light hung in the distance with a smaller light beneath it.  After a few moments, the smaller light floated back up into the larger one and soon it aligned itself with several other lights which were also floating nearby.  The five friends watched the object together for approximately ten minutes before a flight of jets appeared from the direction of a military base in Klamath Falls.  As the jets approached, the light in the sky blinked rapidly until they were an estimated 400 feet away, at which point there was a flash and the jet broke from the formation and flew in a northeasterly direction.

The large flashing light seemed to be part of something far larger, and blocked out the sky behind it.  As the friends watched, they realized the object was actually far larger than they had previously thought and moved across the sky at speeds three times faster than the jets.  It flew out of sight, and the group of witnesses remained outside for fifteen minutes after they lost sight of the objects.  Things went quiet, and they were about to go inside when another light shot across the sky with a smaller “pod” or “probe” like the first one they had seen moving ahead of it.  As the witnesses returned inside, they reported feeling a great amount of fear and shock that night.  They simply could not come to terms with what they had seen, and therefore submitted their report to the Mutual UFO Network in the hopes of making some sense of it all.  The incident was not documented by camera, and is currently pending an investigation by MUFON.

Lights emitting from Unidentified Flying Objects at potential attackers is something that is surprisingly commonly associated with the phenomenon of UFOs.  In 2009 Israeli fighters intercepting a UFO reported that a strange light emitted from an unidentified flying craft and circled around the jet, disabling its weapons systems.  The incident officially declared the instrument failure as a malfunction, but given other similar incidents, these pod-like defense systems the UFOs seem to use is something to keep an eye on and yet another piece of the puzzle.  As for the witnesses in Oregon, we can only hope they find some peace after the incident and continue, as we all do, to watch the skies.