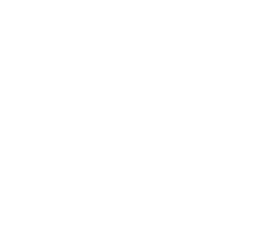 Every now and again reports come in of a bizarre creature interacting with or abducting humans in a way that simply defies conventional explanation.  Alien abduction is not a new phenomenon, nor is it one that should be taken lightly.  Even those who say it’s simply a strangely coherent string of hallucinations generally take the phenomenon seriously as they clearly have emotional impact on the sufferers.  Unfortunately, those not within the professional field are not always as sympathetic to the plight of abductees.  But not all close encounters of the third kind (alien contact) end by being taken aboard a space craft.

One such encounter, happening in 1968 at around 2:30 when a witness, who will remain anonymous, first spotted a mysterious figure walked into his studio where he was painting and stood there staring at him.  The figure was approximately four feet tall, and wearing a trench coat with its hands in its pockets.  Its head was typical of the “grey aliens” reported in abduction reports with the large black eyes and grey skin.  The creature stood there staring at him, and suddenly started speaking telepathically to him.  The creature said, “Watch out”¦ Watch out”¦ Watch out”¦” and continued saying this phrase over and over to him for quite some time.  The witness was never involved with drugs, and hadn’t been sleeping or drinking.  There was absolutely no deviation from his normal day prior to the incident, and afterward he found himself painting the figures over and over again obsessively.  He normally forgets the incident except when someone mentions the word “alien” around him and then he suddenly remembers.

Another witness, in a separate incident, was driving down highway 80 westbound through San Francisco when they suddenly felt a sensation of sudden memory loss and soon found themselves at a truck stop with their battery operated watch, which was brand new, suddenly broken.  They found that very little time had passed, possibly an hour or so, but they were actually several hundred miles away from their previous location.  As they studied maps and calculated travel times along with their departure time and their last known location, they came to the shocking realization that they could not have actually made the trip in such a short period of time even if they had been breaking the speed limit as their car was incapable of the speeds required.  Nonetheless, they were uncertain if what had happened had actually been alien interaction or possibly just some form of time shift.  The witness was not taking any hallucinogenic substance and never drank.  In addition, they were not sleep deprived or caught deep in thought prior to the incident.

These recently released encounters serve to add to the overwhelming theme of strangeness surrounding the UFO phenomenon.  It seems the public is ever watchful for a steady supply of strange stories, and so it would seem the world easily obliges.  But when will the strangeness of incidents such as these become commonplace?  Even the simplistic explanation of mere “alien interference” lacks the required true explanation for these two stories.  Why would an alien don a trench coat and visit an artist?  What purpose would shifting a motorist hours ahead on his journey along with his vehicle?  Perhaps the goal of these encounters are simply to mystify the witnesses themselves and any who would later hear the story.