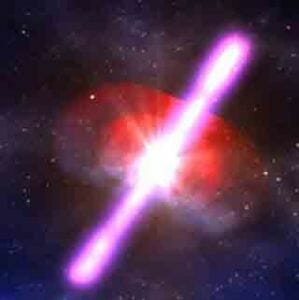 Witnesses outside looking at the stars at 3:00 AM in Edmunton, Alberta reported a strange object which flashed in the sky producing a brilliant light that blanketed the whole sky and gave them quite a shock.  They do not know what it could have been, but the report they submitted suggests it could have been some sort of supernova or previously unknown atmospheric phenomenon.

It was 3:00 AM in Edmunton when witnesses standing outside to look at the stars blanketing the sky noticed a massive bright light with a halo surrounding it.  At first the witnesses simply shrugged it off, suggesting that it could be some sort of satellite or a piece of debris floating through space.  As they continued to stargaze they realized that the eerie light was moving northeast approximately 60 degrees from the horizon.  Talking amongst themselves they observed aloud that not even the ISS (International Space Station) normally gets that bright.  Others speculated that the object could be Mars, but it was actually moving at a noticeable speed across the sky.  One of the witnesses, an experienced stargazer, speculated that the object was occupying the space in the sky just above Alphekka I.  Weather conditions were perfect for star gazing, and the experienced astronomer is almost certain the star just beneath the object was indeed Alphekka I.  To the top left of this distant star, the witness reported observing an incredibly bright white flash.  They say the flash was so bright it would have been comparable to a nuclear explosion at a distance from Earth to the Moon.  The bright flash lit up the environment around them noticeably, making them wonder what it could have been.

The first thought that came to mind for the witness submitting the report was “Wow!  I just saw a supernova!”  Then it happened again.  Skeptics have pointed out that this could have been an object entering the atmosphere causing a bright flash as it burned up in the atmosphere, but it seems unlikely to the witnesses that anything could have created this bright of a flash and then done it again.  Though the witnesses are hesitant to say the object was a UFO in the traditional sense, they are most definitely at a loss for an explanation.  As they waited, no more bright flashes appeared to them and they were left only with a sense of wonder.

But others say a supernova should have lasted longer than it had, and would not have simply had two second-long bursts of energy.  The strange sighting could have been some other unknown phenomenon, such as ball lightning, but there was no cloud cover.  The witness says as a final note, that being near the city they live by there is a considerable amount of light pollution.  Light pollution is normally a problem for star gazers, but in this case it actually helped prove a point.  The object was clearly bright enough to not only be visible, but to light up the whole sky for them despite the nearby light pollution only supporting how bright it truly must have been.  But what was it?