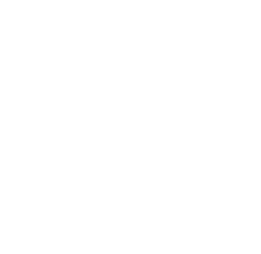 An incredible story coming out of Louisiana suggests two separate witnesses saw an object hovering and eventually touching down in Louisiana.  The event described was reportedly terrifying to both witnesses and will likely remain in their memories for quite some time.  It’s unusual to say the least for an object like this to be seen at all, but even more incredible when two separate witnesses describe close up encounters with it on the same night and see it actually landing – especially in such close proximity to one another.

The first witness reports to MUFON that approximately 4:30 in the afternoon as they were driving to the movies a mysterious square shaped object suddenly appeared in the sky over their vehicle on Interstate 90 just north of Houma.  As they slowed to a stop, the object seemed preoccupied with something in the area and hovered approximately twenty feet off the ground.  The color changing object then started zigzagging just off the ground before suddenly taking off into the distance.  As the witness describes, it was certainly not a conventional aircraft of any known type and most definitely not a plane for obvious reasons.

Then, an even more incredible sighting took place just northeast of Baton Rouge in the town of Denham Springs five hours later.  As the witness went outside for a night of stargazing, they suddenly saw a strange egg shaped object come down from the sky and hover very close to the ground.  Terrified, the witness ran inside to grab their camera, but could not find it.  As they emerged once again to check on the strange egg shaped object they observed that it was hovering just above the ground in a way that suggested it was landing.  Thinking she should call 911, the witness approached the object and reached a fairly good vantage point from behind a bush where they could see everything more clearly.

The object she describes did not have any windows, but had three metallic legs on which it rested and two orange lights at the bottom of the craft.  As she examined the object she fumbled for her phone, but soon it once again began to raise up off the ground and within moments had shot off into the distance.  Examining the area where the object had landed, the witness reports there was nothing left behind.

Were these two incredible close encounters somehow related to one another?  Was it the same object?  And why would objects that so commonly stay in the distance suddenly decide to touch down not only once, but twice in the same area and on the same night?  Both sightings took place within hours of one another on the evening of October 16, 2010.

With these UFO cases becoming more strange each passing day, it’s almost impossible to determine just when the next one will touch down.  And yet these both were seen by witnesses very clearly and in very close proximity.  The origin of the objects?  Unknown.  Their purpose?  Even more unexplainable.